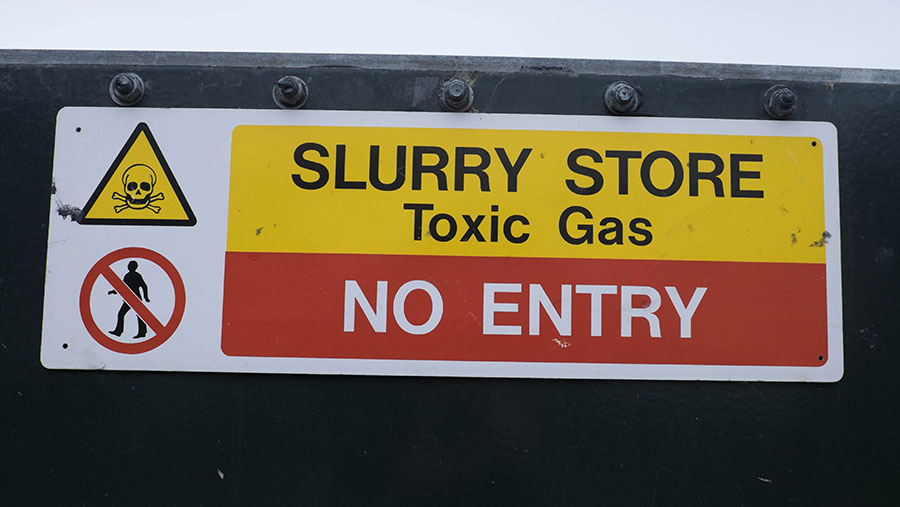 Farmers are being urged to make safety a priority after two more people lost their lives in separate farm accidents.

In Hampshire on 7 June a worker removing roof sheets from a cattle shed was killed when he fell to the ground.

A week later in Derbyshire on 14 June, a farmer in his 30s died after he fell into a slurry pit and was overcome by poisonous gases, the Health and Safety Executive (HSE) said.

A spokesman for Derbyshire Police said: “We were called just before 8pm on 14 June by our colleagues in the fire service, who reported that a man had fallen into a slurry pit at a farm near Elton.

“The man, who was in his 30s, was taken to hospital but sadly died. We contacted the Health and Safety Executive and are preparing a file for the coroner.”

There have been renewed pleas for farmers to review safety at work following the latest fatalities, with at least 10 people having died in farm accidents since 1 April 2021.

Charles Mayson of CXCS, a Herefordshire-based health and safety specialist, said the pace of change to improve farming’s safety record was too slow.

“These latest incidents once again highlight the need for farmers everywhere to pay more attention to health and safety,” said Mr Mayson.

“As an industry, we talk about figures and statistics, but the truth is, every single one represents a tragic loss of a life.

“Health and safety can sound like a time-consuming and bureaucratic topic – but it needn’t be. Small inexpensive changes can often make a big difference.

“Sometimes it’s simply a case of making sure you take time to plan jobs ahead and take a few seconds to think a task through, even when you’re in the heat of a hectic moment.”

Mr Mayson said farmers should prioritise risks on farm and tackle the most pressing issues one by one. Routine maintenance checks on all machinery and equipment were vital, he noted.

Stephanie Berkeley, manager of the Farm Safety Foundation, said the industry needed to engage with farmers to “challenge and change attitudes and ultimately make our farms safer places to work”.

She urged farmers to get involved with Farm Safety Week, which takes place this year on 19-23 July.

“As an industry we need to start working smarter together so that farm safety is acknowledged as important,” she said. “This is why next month’s Farm Safety Week is so vital – especially this year when it is likely that the number of fatal injuries on our farms has doubled compared with last year.”