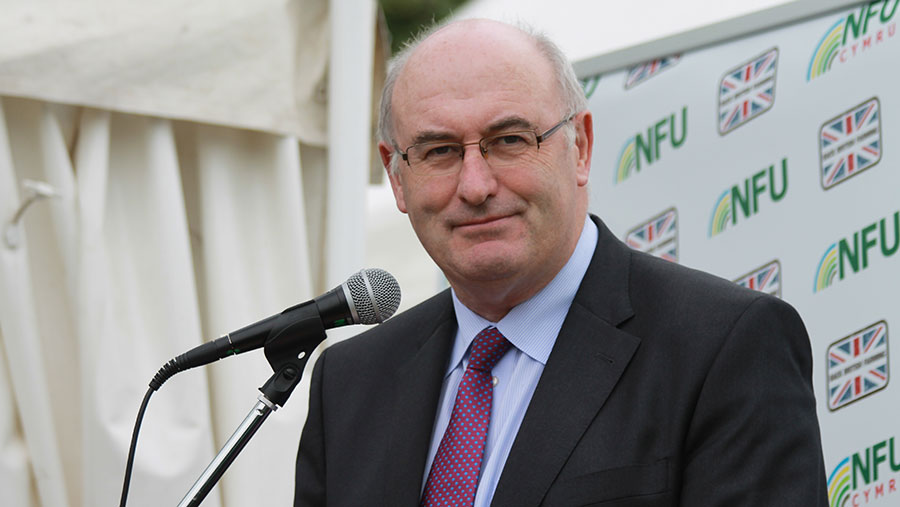 Negotiations on future trade arrangements with the EU are unlikely to start until after the country has actually left, leaving exporters potentially exposed to tariffs.

Speaking at the Kent County Show on Friday (8 July), EU agriculture commissioner Phil Hogan said, while he was “a little bit disappointed by recent events”, he respected the UK’s decision to leave and it was time to move on.

The ball was in the UK’s court, he added, but once a new Conservative prime minister triggered the process of leaving the EU, then the business of negotiation that exit could get under way.

But Mr Hogan was adamant that market access negotiations would not be able to commence until the UK had formally left the EU.

“All the legal obligations under the treaties remain in place until negotiations are completed,” he said.

“In terms of a bilateral trade agreement between the UK and the EU, it does not start until these initial exit negotiations are completed. That’s correct.

“These are the issues that have been clarified by the trade commissioner – that no negotiations on a bilateral trade agreement can happen until the exit negotiations are concluded.”

His comments contradicted those delivered by Defra farm minister George Eustice at this week’s Livestock Event, where he suggested that “we will not leave the single market until we put in place a free trade agreement”.

Renowned economist Allan Buckwell, who was also at the Kent County Show, described the situation portrayed by Mr Hogan as “horrifying”.

“If Brussels is saying we can’t start trade negotiations until we’ve exited, it means we will find ourselves in 2019 or 2020 outside the single market, and therefore with World Trade Organization tariffs until we can negotiate something different.

“And how long do trade negotiations take? Years. If that really is the case, then there are some big shocks down the road.”

Mr Hogan said he felt these issues must have been debated in the UK over recent months, but Prof Buckwell said the “leave” campaign had been very unclear about the sort of trade relations it wanted.

Mr Hogan added that he was “optimistic” the UK and EU would continue to operate as “good neighbours”, and insisted that all the various schemes in relation to agriculture would continue, until such time as the UK completed its withdrawal.

“As long as (the UK) keeps paying in, we will keep paying out,” he said.