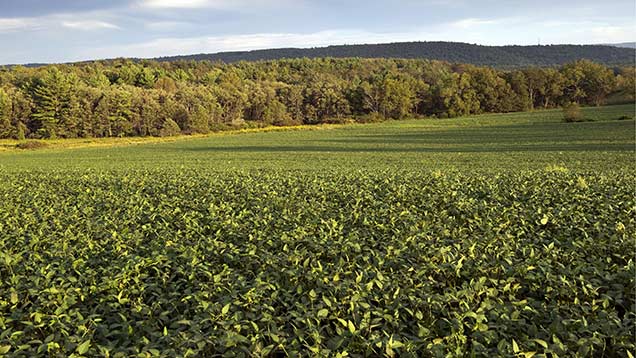 Demand for growing non-GM soya beans and maize is increasing among US farmers, according to reports.

More than 90% of soya beans and maize grown in the USA is from genetically modified seeds, which are resistant to herbicides.

However, there have been many reports indicating a growing interest in non-GMO production in several Midwest US states, including Iowa and Illnois.

Greg Roth, professor of agronomy at Penn State College of Agricultural Sciences, said: “During the past two months we have encountered many reports of a growing interest in non-GMO soya bean and corn production to meet an emerging market in the poultry industry.

“At this point, some of the specifics of the market are still being developed, but grain producers and seed representatives are working to react to this opportunity.”

A number of reasons for farmers returning to non-GMO varieties have been cited, including weed pressure and concerns about resistance to glyphosate and seed companies producing non-GM varieties that yield better.

According to the Wall Street Journal, sales of food labelled as “non-GMO” soared by 28% to a total value of $3bn in the USA in 2013.

Peter Melchett, policy director of the Soil Association, said: “GM farmers in the USA continue to see price reductions for GM crops – maize and soya in particular – and this is understandably prompting a move back to non-GM crops.

“As well as lower prices, GM crops in the USA are lower yielding, and now face resistant super weeds.

“This helps explain why most of the EU [including Scotland and Wales] wants to stop all future GM cropping, but leaves those with an ideological commitment to introducing GM crops in England increasingly isolated.”