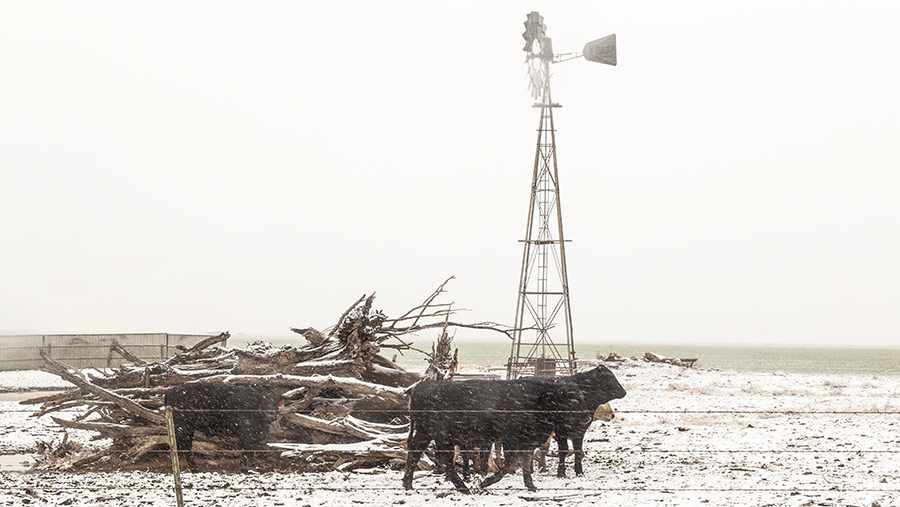 Farmers in the US have battled to save their livestock after a deadly storm swept snow and ice across the south of the country.

Record-low temperatures in Texas have frozen pipes and there are reports calves have succumbed to the icy conditions and power outages forced dairy farms to dump milk after processors shut down.

US president Joe Biden has declared a state of emergency and the Federal Emergency Management Agency is providing generators and supplies. 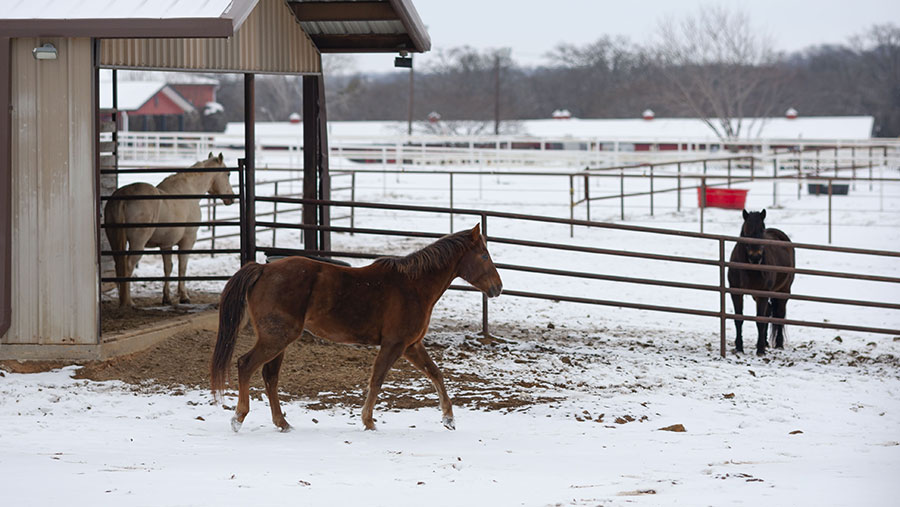 Animal feed factories have also been affected by the widespread power blackout and this is disrupting the state’s farm supply chains.

Texas governor Greg Abbott said power plants were now running again, but some homes still had no electricity due to fallen power lines.

As of this afternoon there are no residential power outages due to lack of power generation.

If any residence doesn’t have power it is due to downed power lines or the need for the power company to manually reconnect.

If you don’t have power contact your local power provider.

There are fears livestock could run short of food and water and ranchers have needed to smash ice in drinking troughs.

The US Department of Agriculture said it is supporting farmers in the aftermath of the deadly storm.

Texas agriculture commissioner Ted Miller said on Tuesday (16 Feburary), when power was still out, the state was looking at a supply chain problem “like we’ve never seen before, even with Covid-19”.

He added: “I’m getting calls from farmers and ranchers across the state reporting that the interruptions in electricity and natural gas are having a devastating effect on their operations.

“In just one example, dairy operations are dumping $8m worth of milk down the drains every day because the plants that process that milk don’t have power. Grocery stores are already unable to get shipments of dairy products.  Store shelves are empty.”