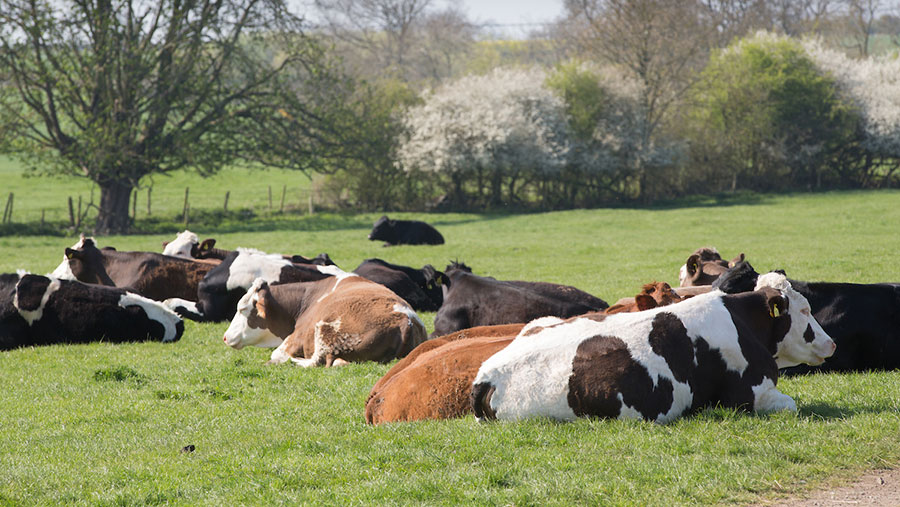 Farmers have been urged to use Great British Beef Week (23-30 April) to show the government why it should support the promotion of sustainable British beef at home and abroad.

NFU president Minette Batters, a co-founder of Ladies in Beef, which is promoting the annual industry campaign, said it was a crucial moment for UK farming, after Brexit and ahead of the COP26 climate conference later this year in Glasgow.

“We have the credentials to be world leaders in sustainable red meat production – to set the global standard for high-welfare, climate-friendly beef and help build the British food brand, which is founded on these values, across the world,” Mrs Batters said.

The easiest way for farmers to get involved is on social media, using the hashtag #GBBW2021.

Celebrate British beef 23-30 April, with its nutritional value & versatility for batch cooking. British beef is amongst the most sustainable in the world & cattle are well suited to the high levels of rainfall & resulting grass in the UK #GBBW21 https://t.co/cCMZ7hx7xs

Mrs Batters added: “British farmers already have an ambition to become net zero by 2040 and our beef production is already incredibly sustainable, with greenhouse gas emissions from UK beef less than half the global average.

“If we are to achieve this ambition, we are going to need both public and political support, and so we must demonstrate why the government should invest in promoting the British brand both at home and overseas.

“It’s also crucial that clear and honest labelling is in place, not just in retail but also out of home, in order for the public to make informed buying decisions and support British beef.”

The Department for International Trade is running a campaign to drive agriculture and food exports.

The Open Doors campaign was launched by Liz Truss at the NFU’s annual conference in February, in partnership with the NFU, the AHDB and the Food and Drink Federation.

Exports minister Graham Stuart said: “The global appetite for high-quality produce is enormous, and consumers will pay more for food and drink made in the UK.

“Having worked to lift beef bans in huge markets such as the US and Japan, we want all of our farmers and producers to cash in on our world-leading reputation and get their goods on to more plates worldwide.”