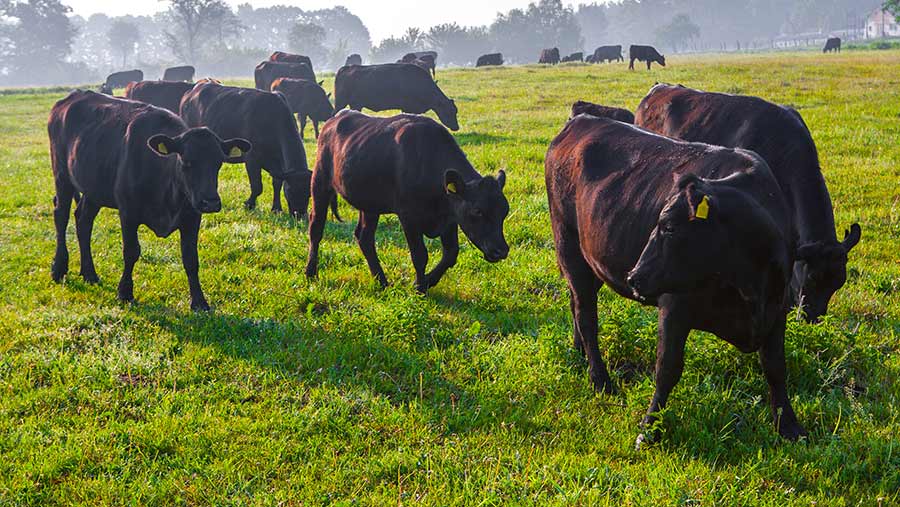 Encouraging results from a Scotch beef pilot project show that DNA testing of carcasses can establish accurate traceability back to dams on farm.

Taken forward at a larger scale, it is hoped the DNA project from Quality Meat Scotland (QMS) will help improve the efficiency, sustainability and profitability of the national herd.

The small-scale proof of concept study involved three producers, two finishers and one abattoir, and was run using £94,000 of Scottish government funding, through the Knowledge Transfer and Innovation fund.

Bruce McConachie, QMS’s head of industry development, said there was potential for Scotland to establish “world-leading traceability standards” for its beef, which could eliminate fraud in the supply chain and increase consumer confidence in Scotch beef.

“In total, 541 dams were tested on farm from three producers. And 110 animals from those producers that went through the two finishers were tested at abattoir, at the point of slaughter, to see if traceability could be established through DNA testing,” Mr McConachie said.

“Ninety-one per cent of the carcass samples that went through the abattoir had their maternal identity confirmed.”

Mr McConachie said this proved that the project could be scaled up and developed.

The samples were tested by DNA company Identigen and analysed by the Moredun Research Institute.

The other part of the study looked at collecting farm management data, or phenotype data, which when combined with the DNA data, could be used to identify favourable traits in cattle.

Mr McConachie said the farmers recorded data carefully and effectively, but differences in the farm management software used and on-farm priorities meant the data was hard to compare.

“If we were to utilise phenotypic data, the data would be best sourced from statutory sources, where the information is recorded and is objective, such as the British Cattle Movement Service, ScotEID and data recorded by the abattoirs.

“By using phenotype data, we could help businesses improve their profitability. We could help farmers reduce calving intervals, increase number of calves reared a cow and improve feed conversion.”

QMS said it was now looking for further funding to expand the project.