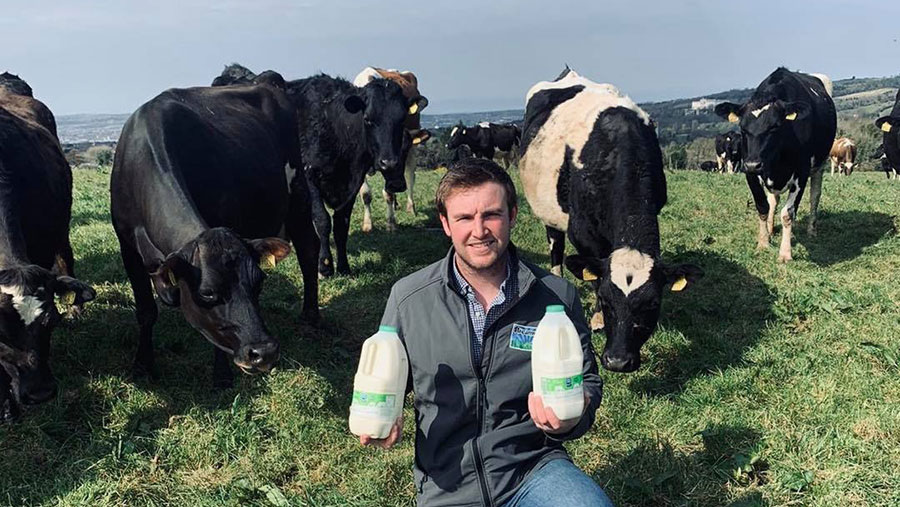 A farmer and his pregnant wife are devastated after being abused online by vegans for delivering dairy products to the elderly and vulnerable self-isolating during the coronavirus pandemic.

In a video appeal, Mr Wilson urged a group of vegans to stop sending him and his pregnant wife, Helen, abusive messages online.

He said: “I have been up since four o’clock this morning looking after our animals, caring for our sheep, and making sure our lambing is going OK.

“I was out early this morning delivering dairy products to vulnerable people, out on the road since half four and we will probably be working right through to 10 o’clock tonight.

“I’m not saying that because I think I’m doing anything special – there’s plenty of nurses and doctors doing far more than me.”

Mr Wilson explained that his wife, Helen, who runs the company’s Facebook page, was at home feeling “devastated” after coming under attack from vegans, who believe that what they are doing is wrong.

“I just don’t think it’s right,” said Mr Wilson. “She’s sitting there worried because of the comments people are saying, how cruel we are and how dare we be delivering dairy products.”

Mr Wilson described accusations of them “marking a sheep with paint, so we know if it’s a twin or a single is cruel, and how we are going to slaughter these lambs at Easter”, as “just unbelievable”.

He said: “I have no issue if you’re a vegan, at all. And plenty of people have different dietary requirements for different reasons.

“But that’s your choice. We are doing our best to survive ourselves through this and just to be slated online has just really p*ssed me off.”

He added: “I’m upset for my wife, who is feeling very anxious over the whole thing, and I don’t think it’s fair. If you’re a vegan, I have absolutely no issues with that, but don’t feel the need to come on and bombard us with messages. I’ll just leave it at that. Let us do what we do, and you do what you do.”

Streamvale Open Farm is a family farm that officially opened its doors to the public in 1989. Visitors can see cows being milked, and lambs, goats and rabbits being fed throughout the day. The farm is currently temporarily closed to the public because of the coronavirus pandemic. The family has been farming the land for more than 100 years and it is still a working dairy farm.

The Ulster Farmers’ Union (UFU) says farmers are reporting they are increasingly coming under attack on farms and it has issued the following advice to members.

If you do come across extremists on your farm or have suspicions they may have been on farm: