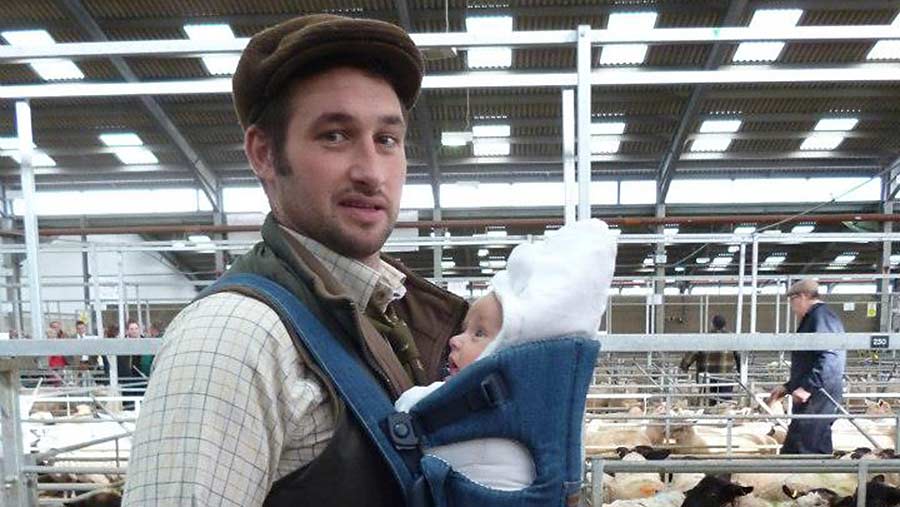 A farmer is claiming victory in his personal bid to receive his delayed 2015 Basic Payment Scheme payment.

After staging a one-man protest outside the head offices of the Rural Payment Agency (RPA) in Reading, Berkshire, on Monday (11 July), tenant farmer Sam Stables has now been given assurances over when he will get paid.

RPA bosses have given recent entrant Mr Stables, who farms with his wife Emily at Kings Pitt Farm, in Kingsthorne, Herefordshire, a commitment that he will receive the remainder of his payment within a fortnight.

A delighted Mr Stables told Farmers Weekly: “I have got a position from Ed Schofield, one of the directors of the RPA, that they are going to pay me the remainder of my BPS and the money will be in our bank account by 26 July.

“They have calculated the additional payment I am owed is about £12,400.”

Mr Stables said the RPA told him that their computer system was showing that he had already been paid the full and final amount of his BPS 2015 claim.

“It’s only after they looked at it in greater depth that they realised there had been a system error and it turned out that they owed me all this money.”

Mr Stables said he felt his decision to stage a one-man protest had been vindicated as he could not have allowed the non-payment of his BPS to drag on any longer.

“If people honestly do not believe that they have been paid what they believe they are owed, my case shows it is worth kicking up a fuss with the RPA,” he added.

“I just wonder how many farmers are in a similar situation to me?”

Mr Stables thanked the Duchy of Cornwall for being “100% supportive” and Farmers Weekly for raising his case with the RPA.

He added: “I feel like a huge pressure has been lifted off my shoulders. I can give the Duchy a definite date which I will be paid by, so I can pay the rent owing to them.”

Mr Stables travelled to Reading from Herefordshire on Monday to protest alone outside the RPA offices. He said he would not go home until he had a written assurance from the RPA over when he would receive his BPS payment.

An RPA spokesman said: “We said we would investigate claims where there’s a discrepancy between claim information and that held on the Rural Payments service as part of the planned payment reconciliation process.

“As we work each claim, we will contact the farmer or agent if we need more information.

“Once a claim is finished, we will let the farmer or agent know the outcome and whether there are any adjustments or a top-up payment that needs to be made.