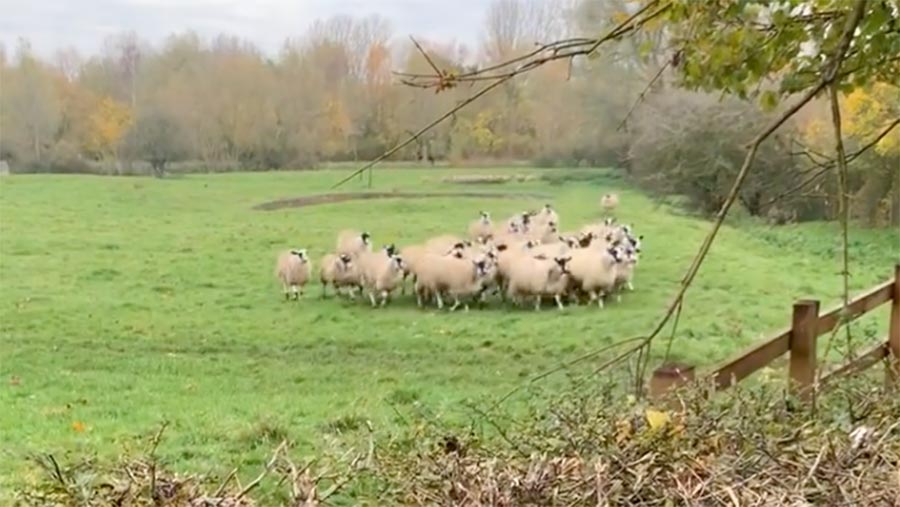 Police are taking action after dogs attacked a flock of sheep being grazed on parkland in Milton Keynes.

The attack happened last weekend, according to the Parks Trust, an independent charity that manages some 2,400ha of parkland in and around the borough.

The charity has released a video that captures the dogs worrying the flock prior to the attack.

“We hope that seeing this video will help ensure that dog owners keep their dogs on leads around sheep and cattle in parks,” it said.

“We believe the owner was caught out by her dogs’ instinct to chase, rather than this being a malicious act on the owner’s part.”

The charity said the attack reinforced the message to keep dogs on leads in grazing areas – and police were taking action over this incident.

It added: “It is a criminal offence for dogs to worry sheep and as a result of an attack the owner can be fined, incur a criminal record and have the dog confiscated or even destroyed.

A spate of dog attacks on sheep has been reported in recent weeks.

In Warwickshire, one sheep died of its injuries and a second had to be put down by a vet after its leg was lacerated to the bone during an attack by two dogs.

Four sheep were attacked earlier this month in Haresfield, Gloucestershire.

Three sheep were killed and another was left fighting for its life.

In the Scottish Borders six sheep were killed – and several others left for dead – in a suspected dog attack on a farm on Monday (18 November).

The incident – between Eddleston and Leadburn – is the second high-profile attack in Peeblesshire this year, with 11 animals mauled near Walkerburn in April.