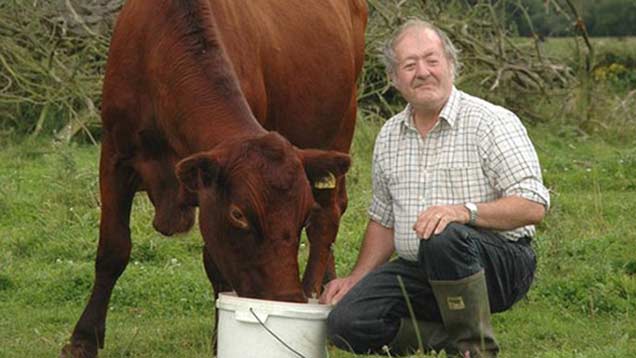 Warning: Some readers might find the pictures and video of mistreated cattle upsetting.

A Suffolk farmer has been banned from keeping farm animals after being found guilty of mistreating cattle.

Eric Moss, 73, of Botany Farm, in Farnham near Saxmundham, Suffok, was convicted of 23 out of 29 charges, including animal cruelty.

At Ipswich Magistrates’ Court on Monday (21 August), Mr Moss was given a 20-week prison sentence, suspended for two years.

He and his company, ARP Farms, of Sible Hedingham, near Halstead, were banned indefinitely from keeping animals for commercial purposes.

Mr Moss and ARP Farms had denied all the charges, which included causing unnecessary suffering to a protected animal, failing in the duty of a person responsible for animal welfare, and breaching regulations.

The court heard how trading standards officers found thin cattle were being caused unnecessary suffering when they visited the farm on four occasions between February and May 2013.

On the first inspection in February 2013 a young calf was found lying on its side trapped in a poorly maintained wire fence.

The calf was released and rejoined the herd of cattle.

These included cattle in various locations around the farm found in muddy and soiled areas without adequate food.

The APHA vet who visited the farm told the court that the animals were in poor condition and had not been fed a sufficient diet for their nutritional needs.

He was also struggling with health problems and had suffered a stroke. All his cattle had been sold as a result of the case against him, he added.

Sentencing Mr Moss, passing sentence district judge Celia Dawson told him: “I don’t think you are capable of dealing with the complex demands of modern farming and in particular capable of putting your animals first.”

In October 2014, Mr Moss was convicted of leaving cattle carcasses to decompose on his farm and fined £33,000.