A protest which saw more than 1,000 farmers march through central London was so successful that organisers are planning to descend on the city again.

A second march will take place in June, said Farmers For Action (FFA), which organised the Farming to London event on Wednesday (23 March).

The date earmarked for the second march is Wednesday, 22 June – one day before the UK’s in-out referendum on EU membership.

“Don’t throw those whistles and banners away, you will need them again,” said FFA co-founder Marilyn Handley, writing on the group’s Facebook page.

Organisers believe more people could attend the second march because the first came during lambing time for many sheep producers. 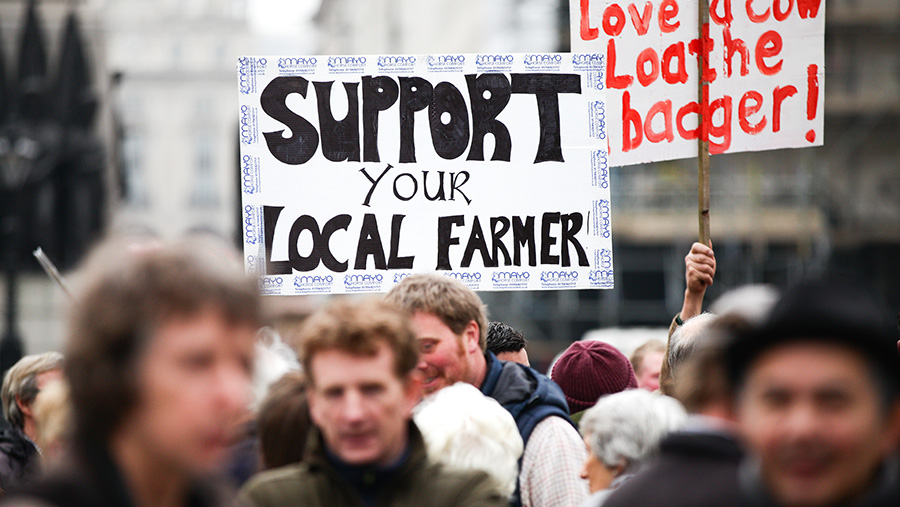 This week’s event was supported by the Tenant Farmers Association, whose chief executive George Dunn addressed marchers at the start of the protest.

“Policymakers are chasing the fantasy that the free market is the answer to our plight,” said Mr Dunn. In fact the market within which farmers are having to operate is neither free nor fair.

“Farmers have been told to reduce their costs and they have done so – and yet in return they have seen their prices slashed.”

Rather than seeking to reduce support to the farming community, Mr Dunn said the government should consider how existing support measures can be better targeted to support active farmers.

Farmers have been told to reduce their costs and they have done so – and yet in return they have seen their prices slashed George Dunn, Tenant Farmers Association

Ukip leader Nigel Farage was among the politicians who mingled with the marchers – and many of the farmers present said they believed it would be better for agriculture if the UK left the EU.

But Mr Dunn questioned whether this would be the case.

“Sadly, all too often, British governments of whatever colour have taken a much less supportive approach to farming than they have been forced to take as members of the European Union,” he said.

“With over 25 years’ experience in this field I believe an exit from the EU could leave us in a worse and more vulnerable condition than we are now.”

The letter warned: “Many are exiting the industry and in the coming months, those numbers, if current prices continue, will only accelerate.” 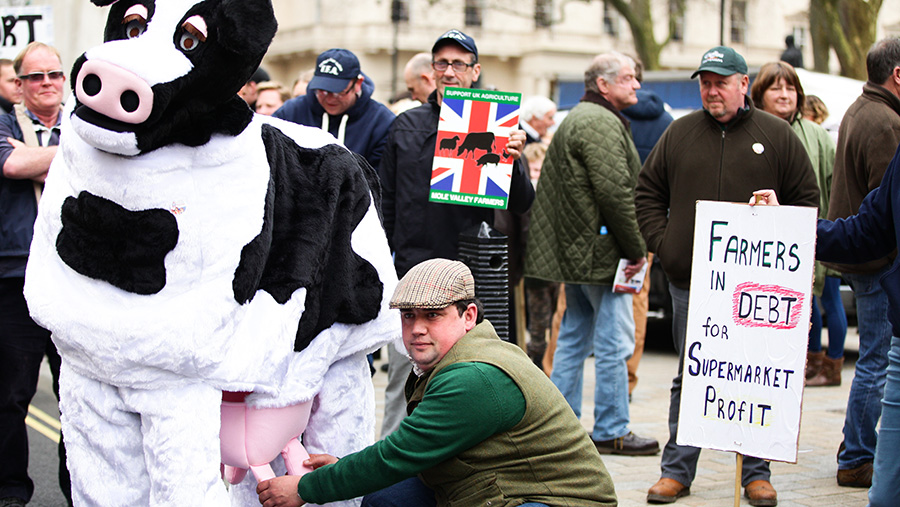 A Defra spokeswoman said: “We understand the pressures facing farming in what is a very challenging time with global volatility and low commodity prices.

“We want to grow our £100bn food and farming industry and are employing a host of measures, at both an EU and UK level, so it can become more resilient, competitive and able to capitalise on the growing global interest in quality British produce.

“From opening new export markets and introducing a fairer tax system for farmers to reducing red tape and giving them access to the latest market data to help them manage their businesses, we are taking action to help ensure the long-term resilience of an industry vital for our economy and our countryside.”