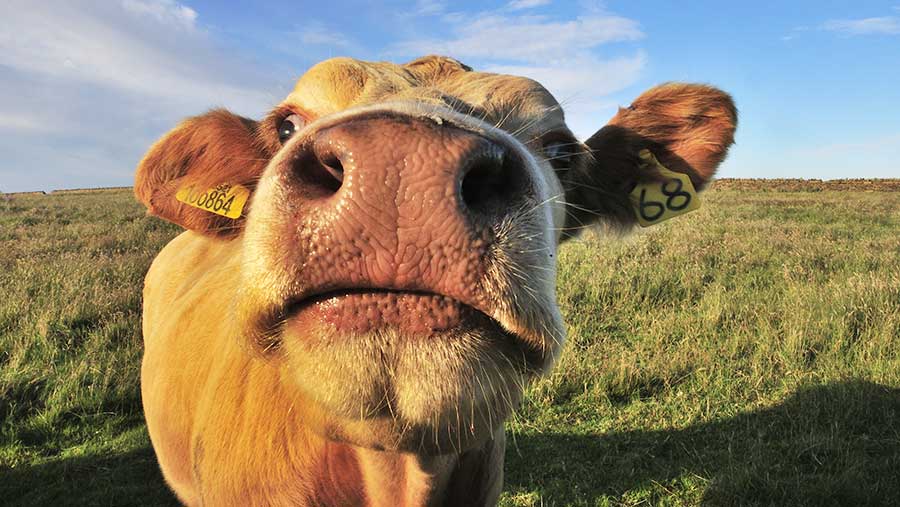 Waitrose will strap cameras on grazing cows as the retailer shows off what it calls “real farms” to shoppers.

It is also jumping deeper into the “free range” dairy debate, by showing all of its milk and cream comes from cows with access to grazing.

See also: Tesco under fire for farm brands which sound British but are imported

Waitrose pledged in February that its 50-strong group of supplying farms would guarantee their cows 100 days of grazing each year.

The TV adverts will be filmed and broadcast on the same day, which Waitrose said will provide “immediacy and authenticity”.

The first will be shot on David Homer’s dairy unit near Newbury, Berkshire on 15 April. One of the herd will wear a small camera to show a cow’s eye view.

Waitrose will also livestream views from its farm on the Leckford Estate, Hampshire. The footage of beehives, crops and countryside scenery will be played on screens at big UK train stations, including London Waterloo.

The supermarket will also highlight its free-range eggs, filming at Rachel Rivers’ farm near Malborough, Wiltshire.

“We’ve always been proud of where our food comes from, and the care and commitment our farmers and suppliers put into producing it,” said Waitrose marketing director Rupert Thomas.

“We have never compromised on quality, and never will — but rather than telling customers what we do, we’ve decided to show them in an open and honest way.”

The “free range” question recently raced into the spotlight after an episode of the BBC’s Countryfile on dairy systems caused a social media stir.

More than 100 farmers have handed their details to the Free Range Milk Marketing Board (FRMMB), a tentative producer group, in just over a week.

FRMMB founder Nick Hiscox told Farmers Weekly that retailers would be bringing out their own brands “whether we like it or not”, forcing farmers to grab value themselves.

Last month the authenticity of supermarket sourcing was also under pressure.

Farm leaders accused Tesco of misleading shoppers, after it launched seven farm brands that either did not exist or only “had historically been operating”.

The NFU has also produced an online shopping guide, showing which retailers back British farmers and those who don’t.