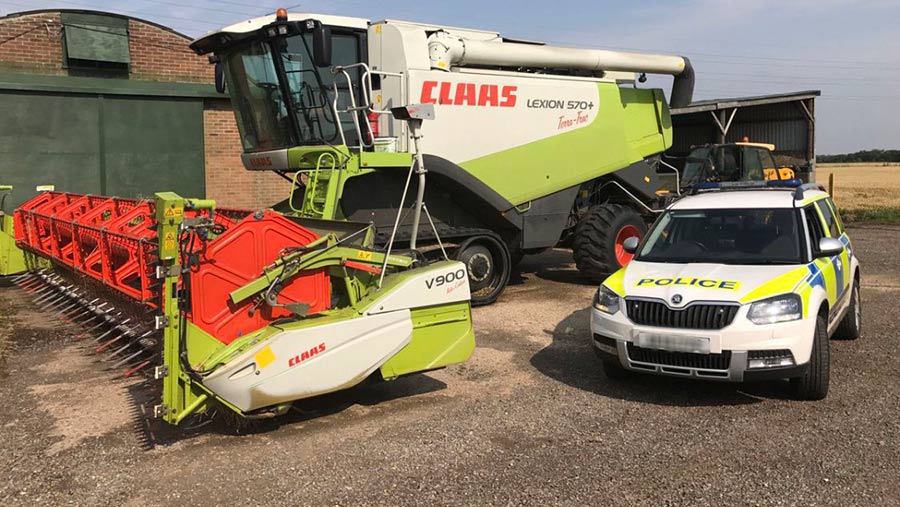 Farmers are being urged to step up security this harvest after a recent spike in the theft of GPS equipment from tractors and combine harvesters.

More than £10,000 worth of GPS equipment has been stolen from 11 tractors on a farm in Cambridgeshire.

Thieves struck at the farm in Barway Road, Soham, sometime between 3pm and Saturday 11 July and 7am on Sunday 12 July.

A spokesperson for Cambridgeshire Police said: “We’re encouraging farmers to remove the screens and other valuables when leaving their vehicles and, where possible, parking them in secure, alarmed buildings.

“If that isn’t possible, park them in well-lit areas covered by CCTV.”

“Be on the lookout and report suspicious behaviour to us via 101, and always dial 999 if a crime is in progress.”

The first took place at a farm at Framsden sometime between Tuesday 7 July and Monday 13 July. A Star Fir 2630 GPS receiver unit and the in-cab display were stolen from a combine harvester that was stored in a barn.

In the second incident, thieves entered a farmyard in Elmswell between 6pm on Friday 10 July and 6.30am on Saturday 11 July at 6.30am.

They drilled the lock out of five tractors and combines and stole the GPS systems. The value is estimated to be in the region of £100,000.

Anyone who witnessed any suspicious activity, has experienced similar attempted theft of such equipment or has knowledge of being offered such GPS devices for sale is asked to contact police on 101.

Over the past eight months, Farmers Weekly has reported similar thefts on farms across counties, including West Sussex, Dorset and Norfolk.

NFU Mutual has released a number of tips to help farmers and landowners prevent the theft of tractor GPS equipment.