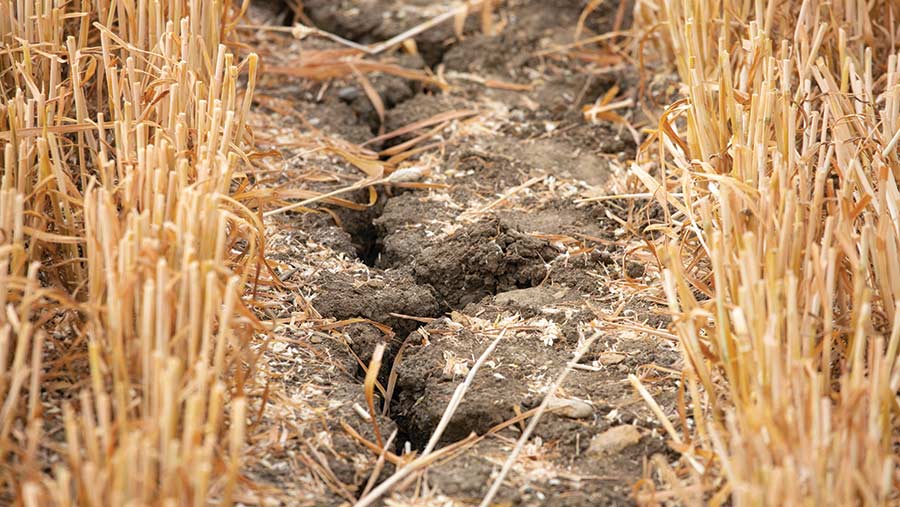 The European Commission has pledged its support, moving to allow the limited use of fallow land for animal feed.

There is also co-ordination with local authorities to bring, where needed, some national subsidy payments forward.

The German Farmers Association has called for €1bn (£891.6m) in special aid, but agriculture minister Julia Kloeckner said the government would await her ministry’s own harvest report in late August before making a decision.

Albert Schulte to Brinke, Lower Saxony Farmers’ Association president, said the contrasting weather extremes of 2017 and 2018 have presented a challenge for farmers. He said the worst-affected regions are seeing the biggest crop losses in decades.

According to a Lower Saxony survey, potato and sugar beet farmers are expecting losses of 25-50% in comparison with last year.

“I fear enormous losses that can endanger individual farmers and their livelihoods,” Mr Schulte to Brinke said.

“Dairy farmers and owners of sheep, goats or horses already have to fall back on the scarce supplies of winter food, and corn is now suffering from heat and drought stress.”

The country expects the poorest harvest in 25 years and the Swedish Farmers Association is urging a swift move to support farmers already facing prohibitive costs.

This year’s wheat harvest in France is expected to decline to 35m tonnes – compared with 36.8m tonnes in 2017 – and prices have risen sharply.

Production of durum wheat, used primarily to make pasta, has also seen sharp declines in yields, particularly in the south, and the AGPB is calling for climate risk insurance to be triggered.

Meanwhile, Defra secretary Michael Gove maintains all options for dealing with the unusual weather conditions in the UK are still under review.

“I wouldn’t want to pre-empt it,” he told reporters at the Royal Welsh Show.

“If you want to maintain flexibility to respond to different sets of circumstances, we don’t lay out the range of options because people’s behaviour might change as a result.”

What does this mean for UK farmers?

When supply falls to less than demand, the price rises, and this is especially true for food, which no one can go without, said Andersons partner Graham Redman.

This means, as an industry, the market price will help to overcome a farmers’ reported yield hit, though some individuals will lose out overall.

However, livestock farmers will see a different scenario and will experience difficulties in the winter, Mr Redman explained.

Many farms have been feeding large amounts of preserved forage that they prepare each year for winter.

Those who have not stockpiled fodder in previous years may have to reduce stock numbers, buy in feed, or change their farming strategy.

“Finished weights are falling slightly, and cattle might be sold earlier than usual,” Mr Redman said.

“Beef prices have reflected this, but possible shortages in the winter might reverse it, and milk prices could rise in the winter for the same reason.

“If policymakers provide more money to farmers, they would do well to collect it, and also the added value from the marketplace.”