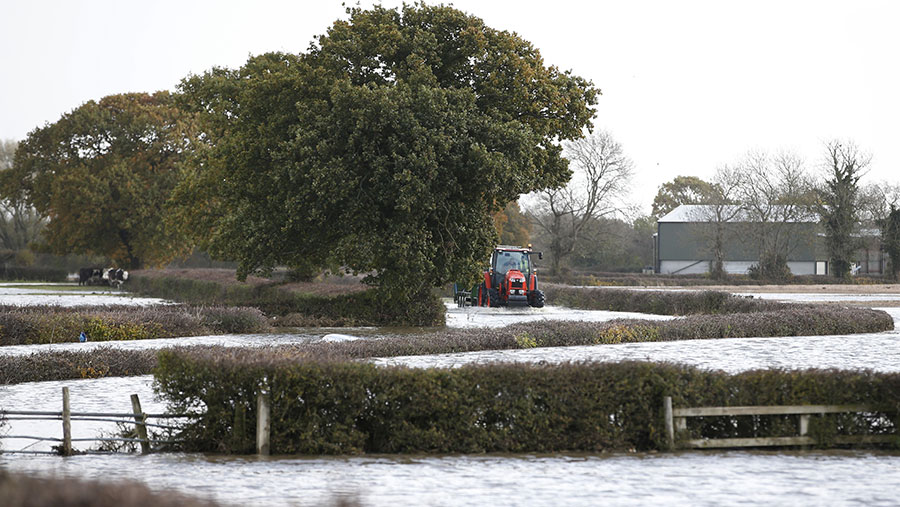 Farmers and rural businesses seriously affected by the recent flooding will have immediate relief on their council tax and business rates.

The measure was announced by the government following the first meeting of the Flood Recovery Taskforce, chaired by local government secretary Robert Jenrick, to support communities as they respond to this serious emergency.

Under the measures, households and businesses that have been intensely affected by the flooding will be eligible for 100% relief on their council tax and business rates for at least the next three months.

See also: FW Opinion: What government must do to help flood-hit farmers

“It will take time for communities to get back on their feet, and hard-working people and businesses that have experienced intense flooding should not have to worry about paying council tax and business rates while they focus on their recovery,” said Mr Jenrick.

Defra has already announced it will be extending its Farming Recovery Fund to support farmers badly affected by the flooding.

Through this scheme, farmers and land managers who have suffered uninsurable damage to their property will be able to apply for grants of between £500 and £25,000 to cover repair costs. Details on how to apply are expected to be revealed shortly.

As of 1pm on Friday (22 November), there were 108 flood warnings and 150 flood alerts in place across England and there is increased predicted rainfall over parts of the country.