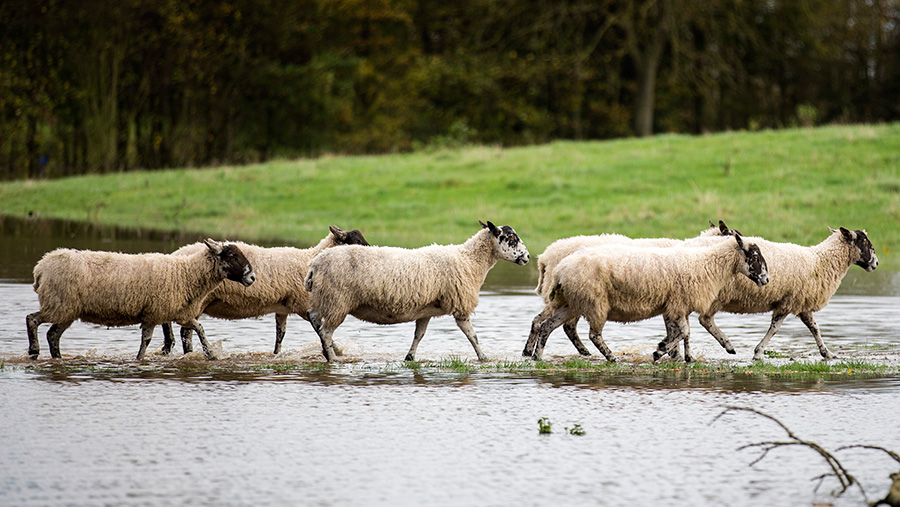 Two thirds of surveyed Cumbrian farmers suffered damage to riverbanks, over half were left with gravel deposits on their land while more than 700 sheep were killed by flood waters, says the NFU.

The Farming Recovery Fund was set up and around 1,100 applications were made, worth more than £9m, to cover activities such as drain and boundary repairs and reseeding.

However, NFU deputy president Minette Batters said it was extremely frustrating that hundreds of farmers were bracing themselves for another winter while still waiting for funding to help recover from the previous one.

“Storm Desmond and the subsequent flooding brought devastation to farming businesses and many are still feeling the effects,” she said.

“Farmers have faced months of uncertainty over access to the flood recovery fund, piled on top of delays to their annual farm payments. This is totally unacceptable and must be resolved as a matter of urgency.

“Scotland and Northern Ireland had their farming recovery funds done and dusted by the middle of 2016. So why are so many farmers in England being forced to wait for their emergency funding?

“The Rural Payments Agency created some delays when processing the original applications. But we appreciate that they are still waiting to receive claims from affected farmers, partly due to the high level of evidence farmers are required to submit.

“A review is urgently needed to improve the process for when this fund is inevitably needed again.”

Grants of up to £20,000 following flood damage were available to farmers in Cumbria, Lancashire and Northumberland, Yorkshire, County Durham and Greater Manchester.

It is understood that EU rules mean Defra must see invoices for work before the government is able to pay out any funds from the Farm Recovery Fund.

Defra said 1,000 applications were approved by the Rural Payments Agency and some £4.4m had been paid out to date. A Defra spokesperson said:

“The government has invested £300m in helping communities recover from last winter’s floods – this includes almost £4.4m paid out to farmers to complete flood repairs.”