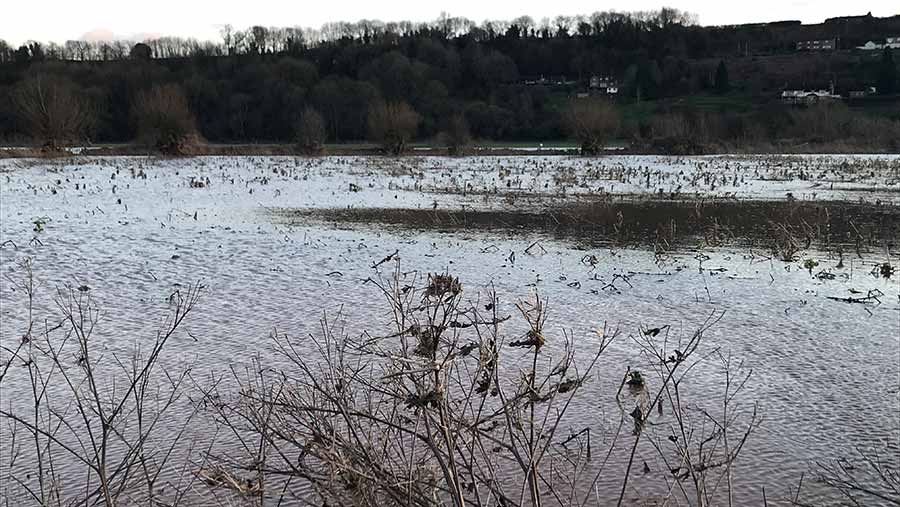 Farmers in northern England are being warned to expect further flooding this week with further heavy rainfall in the forecast.

Hundreds of homes and swaths of farmland across the UK have been flooded in regions already badly hit by storms Ciara and Dennis.

The Environment Agency (EA) issued two severe flood warnings for Ironbridge and Shrewsbury on Monday (24 February), as the River Severn is predicted to reach its highest level for 20 years.

At Welsh Bridge, the Severn level measured 4.6m on Monday morning and it was expected to rise to between 4.8m and 5.2m by Monday night as further rain was forecast.

Ongoing significant river flooding impacts are possible for parts of the West Midlands, along the rivers Severn and Wye.

Further spells of rain across England could cause more flooding, particularly in Yorkshire and the Midlands.

Nottinghamshire hasn't been mentioned much in relation to flooding. However that doesn't mean the county hasn't been affected. Newark Sugar Factory seen from A1 (approx 1 mile away) across flood water, and swollen River Trent. Thousands of acres under water…. pic.twitter.com/yHazpbrf0n

Some river flooding was possible in parts of the north of England, including in the lower Aire, due to widespread rain and some snowmelt.

The EA is urging farmers to check their flood risk and be prepared to take action, such as moving livestock to safety.

The Royal Agricultural Benevolent Institution (Rabi) said farms were being devastated by flooding and it urged any struggling farmers to get in touch on 0808 281 9490.

Devastating scenes across the UK. If your farm or home has been affected by #StormDennis and #flooding, please don't hesitate to call us on 0808 281 9490 #supportingfarmers pic.twitter.com/7VNd7Km7XD

Already in February England has received more than 141% of its average rainfall for the month, with some areas experiencing a month’s worth of rain in 24 hours.

Met Office yellow weather warnings for snow and rain are in place for the vast majority of Scotland, Northern Ireland and northern England until 10pm on Monday.

Dan Suri, a chief forecaster at the Met Office, said: “This low-pressure system will bring a lot of moisture into contact with the relatively cold air across the northern half of the UK.

“This brings wintry conditions to an area extending from east Yorkshire to north Lancashire across into Northern Ireland and northwards to Scotland.”

The forecast for the rest of the week remains unsettled, with a colder, showery spell due by midweek.

Despite the flooding, beet harvesting was ongoing at Vine House Farm in Spalding, Lincolnshire on Monday – although the chaser was pictured making waves as it carried off another load.

Despite the wet weather, the beet harvesting is still going on. Unusual to see a chaser creating waves as it takes the sugar beet to the heap #floodfarming #flooding #flood #rain #weather #wetharvest pic.twitter.com/Teqs0FIit2