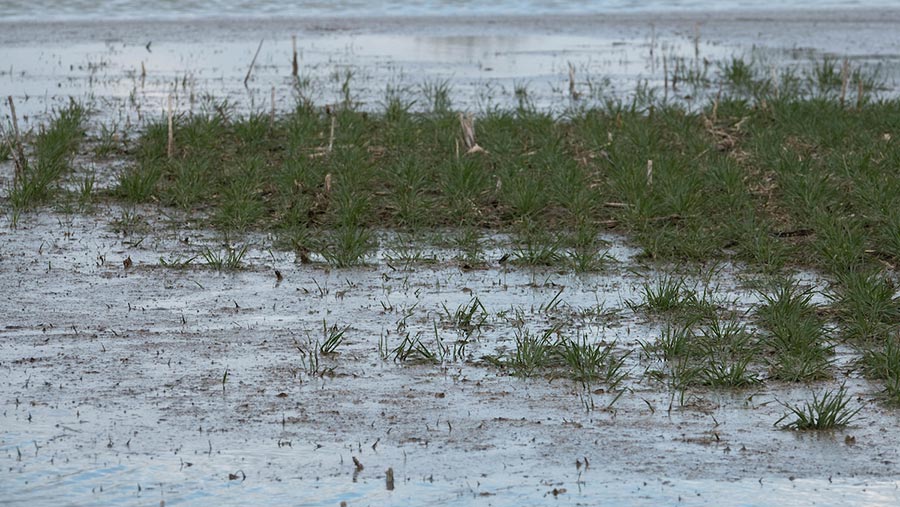 The NFU has demanded a full inquiry into flooding that destroyed crops across more than 220ha of farmland in Lincolnshire.

The River Steeping broke its banks at Wainfleet after two months of rain fell in just two days earlier this month.

But local residents have voiced concern that flood defences protecting homes and farmland had been badly neglected for years.

NFU vice-president Stuart Roberts said a full inquiry was needed to establish what went wrong and put it right.

He added: “Anyone who has seen any pictures from the area will be under no illusion of how serious this is for those individuals affected.”

The emergency services were monitoring other sections of flood defences that posed a significant risk should they also fail, she added.

“At best, the banks are fragile and the rain forecast for later this week is worrying,” she told the NFU council meeting.

Some 220ha of farmland were affected on Wainfleet Common, with a further 600ha affected near Thorpe St Peter and 300ha affected at Croft House.

“On Wainfleet Common, all is lost,” said Ms Pettitt.

One farmer had been forced to evacuate 250 beef cattle with cows at foot. They were safe but the losses were significant.

“There are serious questions that we need answered,” Ms Pettitt added.

“Once the water subsides, we will look to establish what led to the bank failing – and what can be done to ensure that it doesn’t happen again because the status quo is not good enough.”