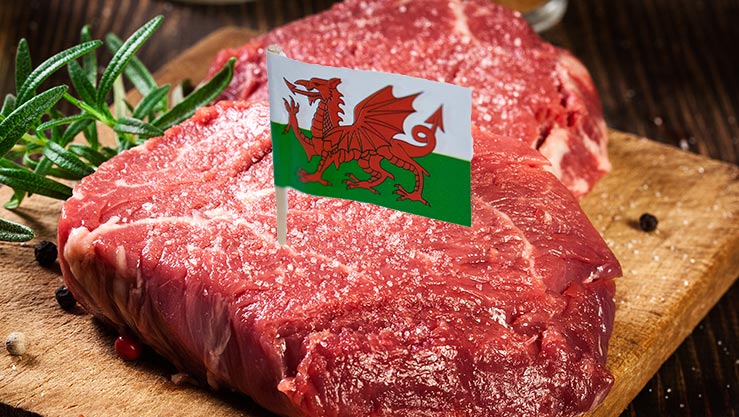 A local authority which upset farmers by advising staff to eat less meat and dairy is being urged to make amends by committing to source only local produce.

In a staff newsletter, Pembrokeshire County Council suggested that cutting back on meat and dairy was one of the “biggest ways” to “reduce your impact on the planet”.

This has provoked anger among farmers in the largely rural constituency, with dairy farmer Charles George describing the council’s actions as a “kick in the teeth” for the industry.

“They should be out there encouraging people to eat local, to support local businesses, instead of having some vegan food that might have come from anywhere in the world,” said Mr George, whose family produces milk in Wolfscastle.

Its director for Wales, Rachel Evans, said the authority could “rectify this mess” by committing to purchase local produce and to encourage the public to do so, too.

“Doing so will not only show support for sustainability, but it will signal much needed support for Welsh farmers at this critical time,” she said.

Dairy farmer Simon Davies, who is the current county chair of NFU Cymru in Pembrokeshire, believed that those at the council responsible for the newsletter “need educating” on the environmental harms of foodstuffs linked to plant-based diets, including huge volumes of water used in Californian almonds production.

Meat and dairy were now more important than ever, Mr Davies added. “There is not an infinite amount of food around at the moment, with the war in Ukraine, I find the county council’s advice very odd indeed.”

He is seeking a meeting with the council’s chief executive, Will Bramble, but has yet to hear back.

The council insists information was a small part of a much larger internal newsletter and not “an instruction to colleagues”.

A spokesman said: “The newsletter has been featuring a series of ‘climate change tip of the week’ posts each week which have been extracted from an external source.

“The statement was reproduced out of context and the newsletter has been withdrawn.”

The council, the statement added, “is extremely supportive of our rural community and agriculture in general”.

The council is the latest local authority to upset farmers over the issue of plant-based diets.

Oxfordshire County Council recently adopted a policy to serve only plant-based meals at events, citing it as a measure to tackle climate change.