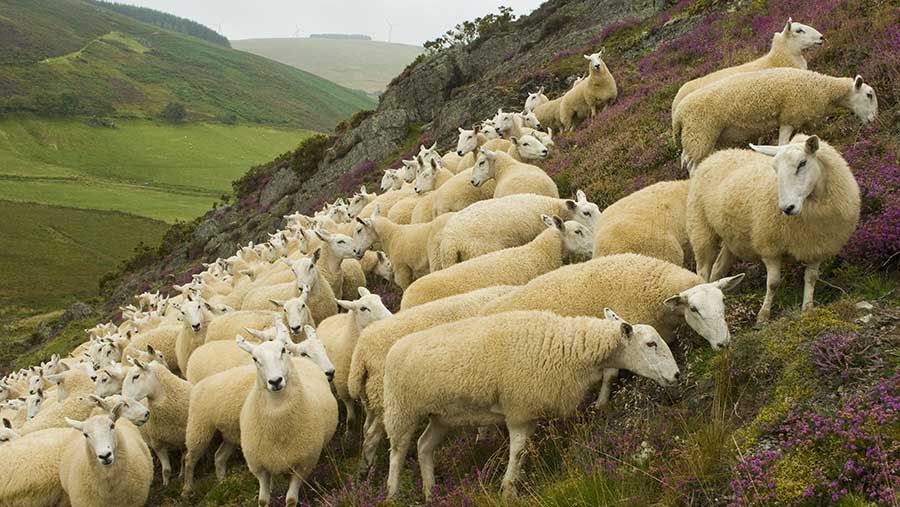 Farmers in one Welsh county are demanding the release of environmental payments without delay, warning the Welsh government that further hold-ups will have serious consequences for their businesses.

It is 18 months since some farmers in Meirionnydd received an annual Glastir payment.

The county has a high concentration of farmers in the environmental land management scheme because it was one of three counties in Wales to trial the original scheme, Tir Cymen.

A strong transition into Glastir followed.

As such, Meirionnydd has been hit hard by the non-receipt of 2016 payments.

One of those farmers, beef and sheep producer Rhys Williams, has been forced to sell 20 cattle as stores instead of taking them through to finishing, to plug the financial gap left not only by non-payment of Glastir, but of his Basic Payment and Glastir Organic cash too.

The situation has created a major cashflow headache for his business.

“We sold cattle earlier at a lighter weight and therefore earned less from them,” said Mr Williams, who farms 70 suckler cows and 800 ewes at Cwm Prysor, Trawsfynydd.

“There will be less cattle on the farm this summer to graze the grass, so this is going to have consequences for grassland management too.”

His farm was the subject of an inspection in December and he has been told payment delays are a consequence of this.

Mr Rowlands, who runs a flock of 400 sheep near Dolgellau, has made numerous inquiries about the whereabouts of his payment and is frustrated by the lack of information.

“The staff are very polite and apologetic and explain there are issues with understaffing, but the lack of information on when I might be paid is very worrying.”

With winter feed and spring fertiliser bills to pay, coupled with lambs yet to be sold, the situation is hitting his cashflow. In previous years he has received his Glastir payment no later than February.

But the Welsh government explained farmers had been warned payments would be made later this year, because new “greening” requirements for arable farmers had led to more complex inspections.

With no specific payment window for Glastir, a government spokesman insisted payments could not be described as “late”.

Glastir payments had actually started in February, he said, and so far 76% of all claims have been dealt with.