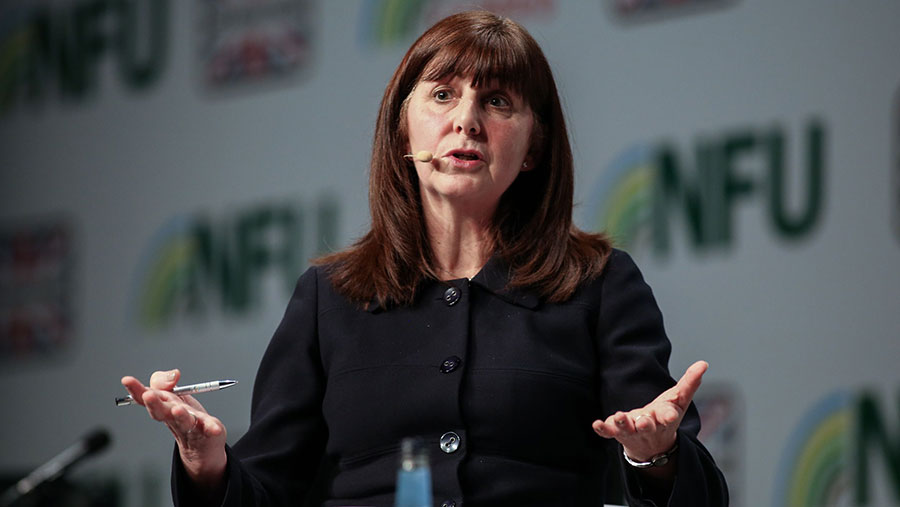 The UK government is coming under pressure to match the funding Welsh agriculture receives from the European Union post-Brexit.

“We were promised not a penny less in the Conservative Party manifesto and we are holding them to that,” she said.

The minister said the government was negotiating with the Treasury on this and admitted “it is not easy”.

“I am really concerned that we get this funding because it is hard to set any budgets until we do,” she added.

“We will continue to focus on the full replacement funding we were promised.”

Mrs Griffiths said many farmers in Wales had voted to leave the EU on the understanding that the UK government would continue to fund farming to the same level.

“If we were still in the EU we would get that funding, so it is absolutely vital that we get it.”

She suggested that although Scotland and Northern Ireland were in a similar position, the impact of any shortfall in funding on Wales would be more severe.

‘Not a penny less’

NFU Cymru president John Davies said the union shared the Welsh government’s concern. “Not a penny less must be delivered,” he added.

In November 2019, Ms Griffiths announced that basic payments would continue for 2021, subject to sufficient replacement funding from the UK government.

Farmers in the UK receive around £3.5bn support each year under the CAP. EU subsidies amount to around £350m a year in Wales, making up more than 80% of farm incomes on average.