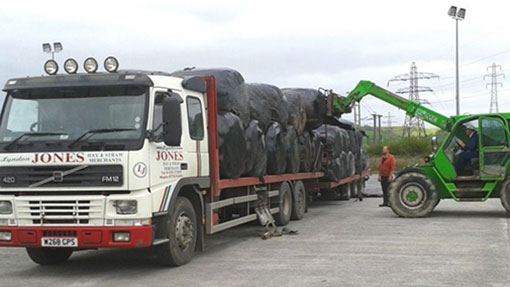 Farmers in Wales have been coming together to collect and deliver fodder to help their colleagues in Somerset recovering from the winter floods.

A huge load of silage donated by west Wales farmers was delivered this week to a Somerset farm that suffered severe flooding.

The consignment was the first load of bales to be loaded at Carmarthen Market destined for Somerset and was taken to Batch Farm at Godney, near Wells, on a lorry supplied by hay and straw merchant Lyndon Jones, of Rhos, Llangeler, near Llandysul.

Mr Rees said: “This latest consignment brings the loads that have left Ceredigion and Carmarthenshire so far to a total of eight, with another one being loaded this morning in Cardigan.” 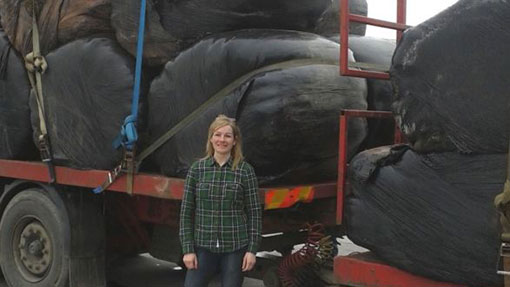 On Saturday (12 April) a load of fodder went to Somerset from FUW member Maelgwyn Davies’s farm in Panteryrod, Llwyncelyn, near Aberaeron, Ceredigion, that he and fellow members in the Mydroilyn area donated.

On Thursday (17 April) 40 bales of hay silage – donated by FUW member Lyn Thomas, Pantfeillionen, Horeb, Llandysul – were due to be delivered to Paul Lock’s farm in Whitegate, Stembridge, near Taunton.

Plans were also being made to send more loads to farms in neighbouring Martock and Langport next week.

“We continue to receive pledges of forage so the whole operation is going well,” said Mr Rees.

“Hauliers are great too, making it easy to work with the farmers. It just shows what people can do when they pull together.”