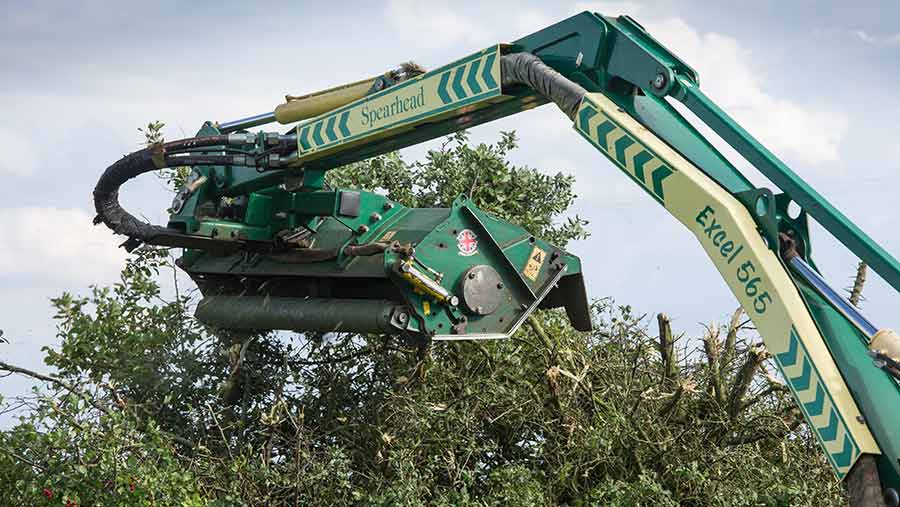 Defra’s 2015 decision to extend the hedgecutting ban into August to protect nesting birds has been a huge frustration for the farming industry.

The decision was taken without any public consultation, and many farmers and industry groups, including the NFU, Tenant Farmers’ Association and the National Association of Agricultural Contractors, believe it is draconian and not based on good science.

That’s why Farmers Weekly has decided to launch a reader petition that urges Defra to repeal the August ban (sign the petition below).

For the past two years, farm contractors who would normally be following the combines around and trimming hedges during August, have been forced to sit it out.

With less than a fortnight before the six-month ban on cutting hedges around arable land returns, contractors have been rushing to complete work.

Defra extended the ban to cover August in summer 2015, citing an EU directive to protect nesting birds during the breeding and rearing season on farms.

Its decision also relies on 10 years of monitoring of nests by volunteers from the British Trust for Ornithology. It said the data shows important “red-listed” species, such as buntings, bullfinch, linnet and yellowhammer still nest well into August.

But the NFU said its own evidence shows most of these species will have fled nests by mid-August. The only birds still nesting in hedges throughout August are woodpigeons, which it regards as vermin.

“Farmers need to be given greater autonomy to decide when a hedge can or cannot be cut. Having a single date in the calendar is a blunt instrument.”

Contractors say the August ban has hit them in the pocket. Bob Rutt, a self-employed Northamptonshire farm contractor, has lost an estimated £16,000 in revenue over the past two years.

This is mainly because landowners are reluctant to let hedgecutting equipment on their land from September if conditions turn wet, risking soil disturbance and compaction.

Mr Rutt highlights the inconsistencies of the August extension. “People are cutting hedges on grassland in August. Local authority hedges, town hedges, private hedges, and hedges on golf courses are all being cut from 1 August. How do the birds know the difference?”

Farmers Weekly feels strongly that the time has come for Defra to rethink its policy. If you agree, then please sign and post the petition below.