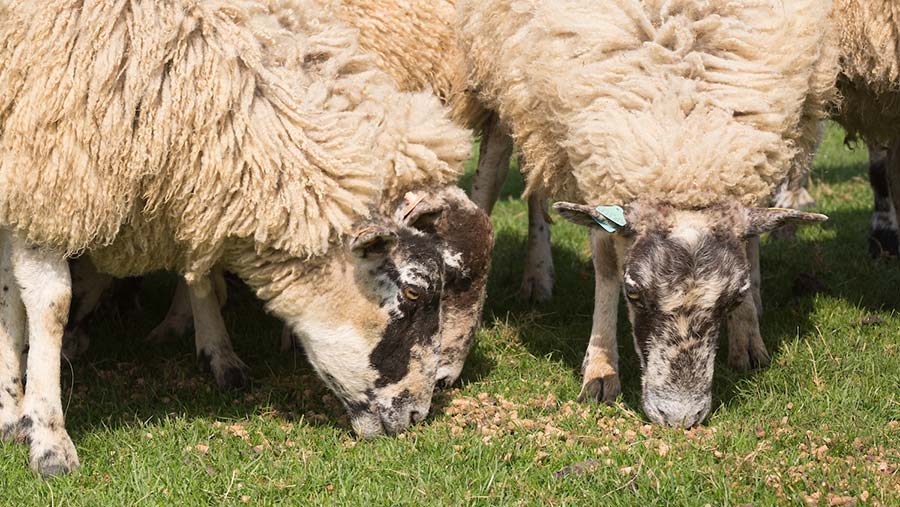 Wool Week begins on 5 October and the sheep sector is urging consumers, politicians and industries to use the renewable fibre more amid a dramatic downturn in the market due to the coronavirus.

The campaign will highlight the different ways wool can be used – from loft insulation to garden felt – in a bid to support farmers who have seen the value of their clip plummet, with many this year choosing to throw fleeces on to the muck heap.

The initiative has royal endorsement from the Prince of Wales, who is patron of the Campaign for Wool – a global endeavour to raise awareness about the benefits of wool.

The Farmers’ Union of Wales (FUW) wants the construction, craft and fashion industries to make wool their first choice ahead of synthetic fibres.

FUW deputy president Ian Rickman said: “Fabrics such as polyester, nylon, acrylic and other synthetic fibres are all forms of plastic, and make up about 60% of the material that makes up our clothes worldwide.

“The tiny plastic particles shed from our clothes take a very long time to degrade in the soil and are ingested by fish and other animals.

“We, therefore, need to make choices on an individual level in terms of what we consume – be it food or clothes.”

Mr Rickman added that sheep farmers were constantly working to protect the environment and improve efficiency in livestock production.

He said it was encouraging that the Welsh government has pledged to consider more British wool for insulation in public buildings, but it had to be more than just a pledge, because of the “disastrous consequences” Covid-19 had had on the export market.

A petition demanding the use of British wool in the government’s home insulation scheme is nearing 30,000 signatures.

The petition is calling for the fibre to be used to insulate UK homes, after the Treasury announced in July that it would pay at least two-thirds of the cost of home improvements that save energy, under the Green Homes Grant.

Chimney Sheep uses Herdwick wool for its products that include compostable garden felt and chimney draught excluders. The business buys its wool directly from farmers in Cumbria every year. This year, 20 tonnes of wool were collected.

Draught excluder The removable chimney draught excluder is made with a thick layer of felted Herdwick wool. Research by the University of Liverpool and construction auditors found that using the Chimney Sheep excluder over a year, consumers could stop about 4.5% of household heat from escaping, reducing energy bills by about £50 and saving 250kg of carbon dioxide/year.

Garden felt Made with two layers wool and a middle layer of jute, the product is completely biodegradable and compostable. The felt is dense, stopping weeds from growing, while the texture of the material keeps slugs and snails away from garden beds.