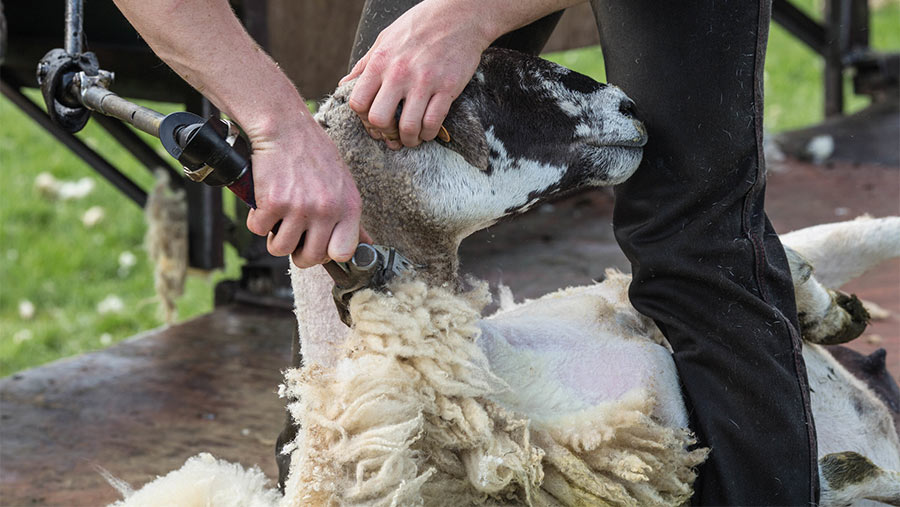 The wool market has taken a dramatic downturn since 2014, with the continued growth of synthetic fibres, supply chain consolidation, US tariffs on Chinese products and Covid-19 all having an effect.

This year, the pandemic has resulted in British Wool almost halving the price paid for the 2019 clip to 32p/kg, with no advance payments being made against the 2020 clip.

This means the price will not go near covering the cost of shearing in most cases. Therefore, getting the most value from wool may require tapping into new markets and buyers.

See also: More on alternative and new markets and uses for wool

Farmers can maximise their returns through the traditional route by ensuring each fleece is presented correctly and is as clean as possible.

There are penalties for incorrectly rolled fleeces, and any unrolled wool is valued as “broken wool” and earns a much lower rate.

Maximising returns from the British Wool

Laurence Pierce is one of the largest independent buyers of wool in the UK, purchasing about 15% its requirements direct from producers. It is owned by Curtis Wool Direct, which in turn buys 50% of its wool supply from British Wool auctions.

Direct purchases from farmers across the UK are paid for at an average price of 15p/kg for main white wool and 5p/kg for lesser wool, such as Swaledale.

Farmers are not required to roll the wool, but it must be presented clean and dry, with colours bagged separately. There is no discount for overly marked fleeces and farmers selling wool to the company are paid within 24 hours of delivery to the depot.

John Wood of Laurence Pierce says: “We offer a different avenue for farmers to sell their wool, and pay within 24 hours, which can help farmers pay shearing costs.

“We are offering a price that is realistic to the market at the moment.”

Other examples of independent wool merchants buying direct include Texacloth and DB Wool. 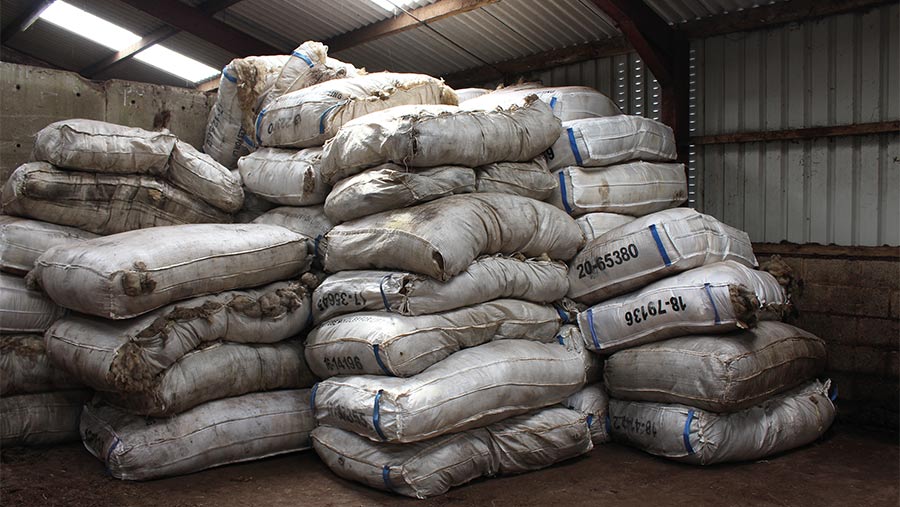 3. Storing the wool until next year

This option depends on having adequate storage and being willing to accept further price risk.

Storing the wool could mean a better price in 2021, but if this is something too many consider, there could be an oversupply next year, creating price pressure.

Wool should be stored off the ground, ideally on wooden pallets and in a dry shed.

The market has been in decline since 2014, mainly due to:

There is nothing to stop producers adding value to wool by having it processed into a range of materials for onward sale. There are several mills that deal directly with farmers.

For example, the Natural Fibre Company will take any fleece, with a minimum of 10kg required for scouring and carding (washing and combing). To produce a finished yarn, a minimum of 20kg is required.

There is currently a seven-month waiting list with the Natural Fibre Company, with no intakes of Herdwick or organic fleeces until 2021, as these are only processed once a year. Sheep cannot have been dipped or treated with a pour-on within four months before shearing.

Sheep producers Maria Benjamin and John Atkinson, Nibthwaite Grange Farm, Cumbria, process and market about 20% of their wool themselves, with the rest sold to British Wool.

Last year, Ms Benjamin sold 200kg (150kg of their own wool and 50kg from local producers) to a buyer in Japan for spinning and handcrafting. She is paid between £6-£15/kg for the raw fleece, depending on the quality and rarity of the breed.

If she does not have the specific wool the Japanese buyers are looking for, she sources it from farming friends. These farmers receive the same price a kilogram as Ms Benjamin, and she receives an extra £1/kg handling charge for sourcing the fleece.

They are also paying about £45/kg to get their wool processed into spinning wool, which they then sell for £100-£180/kg. Ms Benjamin says: “After the costs of transport, packaging and labelling, you can still make a good markup if you sell it direct.

“The processing costs are high, but if you can invest the money, it can be worth it. Last year our turnover from wool was £20,000. It is also more stable, as you are taking charge of the market yourself.”

Disposal is a further option. While burning wool openly is illegal, it can be incinerated, or rendered followed by incineration.

Anaerobic digestion is a very unlikely option without any pre-treatment, as wool can take months or even years to degrade.

The legality of disposal method can be checked with your local Apha office.

There is a host of smaller manufacturing companies buying fleeces direct, among them a growing number of wool duvet makers. For example, Baavet Duvets in Wales buys Texel and Lleyn fleeces from eight to 10 farmers a year and is using about 20t of wool for duvets.

It pays farmers about twice the current market price – based on British Wool prices – and has kept its rate consistent for 10 years. Baavet sells about 7,000 duvets a year through its online shop and at shows.

A hill farm in Cumbria, which has diversified into making compost from bracken and wool, is looking to purchase about 100t of wool from farmers across the country. Dalesfoot Composts is looking specifically for farmers that can supply them with both bracken and hill breed wool.

Farmers will be paid 40p/kg for their wool, with wool already being received from as far away as Dartmoor. For the bracken, farmers can expect about £22 a round bale.