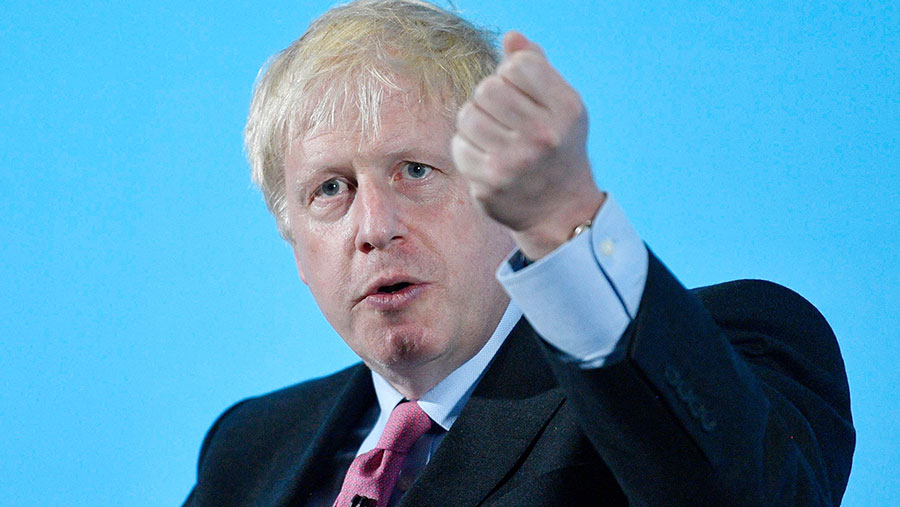 Well, after a seemingly interminable leadership campaign, the Johnson era has at last begun.

Whatever your views on perhaps the most controversial prime minister since Winston Churchill in 1940, his exuberant and bombastic style will, for the time being, at least, be a refreshing change from the farcical ineptitude and euro-capitulation of the past three years.

While comparisons with Churchill and, indeed, the circumstances facing the country at that time are perhaps verging on hyperbole, BoJo undoubtedly recognises that he has a tough challenge ahead of him.

He has wasted no time in putting together a team, of both ministers and advisers, with a definite sense of purpose.

See also: 11 facts you need to know about Theresa Villiers

The swift and ruthless clear-out of pretty much every senior cabinet minister that wasn’t clearly aligned to his cause demonstrated that he is putting the mission ahead of party niceties.

This is a potentially high-risk strategy for him, but given the previous administration’s dismal lack of success, it may be the only way to break the impasse both at home and in Brussels.

Perhaps the only cautious appointment was that of his one-time ally and former Defra secretary, Michael Gove, as chancellor of the Duchy of Lancaster, despite the latter’s back-stabbing immediately after the referendum in 2016.

This may well be a case of keeping your friends close and your enemies closer.

Denying Mr Gove one of the big jobs, but giving him additional responsibility for “no-deal” Brexit planning, may yet turn out to be a clever, albeit rather Machiavellian, move on Mr Johnson’s part.

Limiting Mr Gove’s powers, yet pretty much tethering his political fate to his own, mitigates the risk of another et tu Brute moment.

From an agricultural perspective, it was extremely encouraging to hear a prime minister, in his inaugural address, promote a vision of a more productive food and farming sector.

For the first time, he publicly acknowledged the need to unshackle our industry from backward-looking EU rules on the use of GMOs and, one would hope, other technologies that can help deliver a genuinely greener, more productive and, ultimately, more sustainable farming sector in the UK.

His appointment of Theresa Villiers as Defra secretary is an interesting one. As expected in the wake of Mr Gove’s departure, Defra may well have had its 15 minutes in the spotlight, but the new secretary of state brings with her a new set of challenges and opportunities for our industry.

Her record in support of the badger cull should provide some encouragement that she has both the ability and will to make difficult and potentially unpopular, but evidence-based decisions on such matters.

Equally, her controversial position in support of fracking means she may well have a number of battles to fight within the wider environmental arena as she establishes herself in the post.

Her membership of the Conservative Environment Network, a body chaired by that arch-antagonist of progressive farming, Ben Goldsmith, is rather more of a cause for concern.

One hopes, therefore, that she will, in her forthcoming  ministerial deliberations, continue to put evidence ahead of ideology and seek counsel from all her constituents wisely.