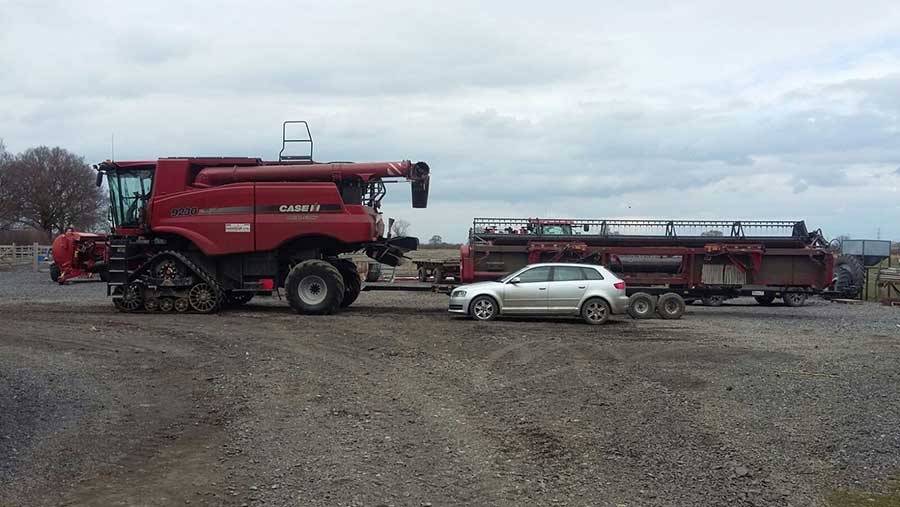 A Yorkshire farmer found not guilty of driving his combine carelessly on a high-speed rail crossing is calling for the junctions to be adapted to suit agricultural machinery.

David Atkinson, 55, of Hawke House Green Farm, Moss, Doncaster, was charged with driving a vehicle on a road without due care and attention after an incident on the Moss Gate East Coast mainline crossing on 5 August 2017.

Mr Atkinson told Doncaster Magistrates’ Court on Friday 15 June that he drove his Case Axial Flow combine and header onto the crossing, but had to stop to allow an oncoming vehicle to pass.

By the time he set off again, the lights and gates activation sequence had commenced.

The British Transport Police, using precisely recorded timings of the light sequence, brought the prosecution against Mr Atkinson on the assumption that the warning lights must have been flashing when the combine and header entered the crossing.

But the court accepted that Mr Atkinson had been forced to stop on the crossing after viewing CCTV photographs.

Mr Atkinson told magistrates these crossings in Doncaster are not designed for large agricultural combinations.

“The police tried to fob me off with a fixed penalty, but why should I pay it?” he said.

“I didn’t do anything wrong and the court agreed.

“I fought this case for all farmers and I would like to thank the NFU for their support.”

The NFU offered free advice to Mr Atkinson as part of his membership and then referred him to a law firm for further advice.

Speaking after the case, Mr Atkinson’s solicitor, Simon Catterall, of Jacksons Law Firm, said this acquittal has significance for farmers all over the country.

He added: “The barriers coming down on this combine could have resulted in a very serious accident and we hope the authorities will now recalibrate these crossings so they can accommodate large agricultural machinery.”

Farmers Weekly contacted the British Transport Police about this case, but they declined to comment.