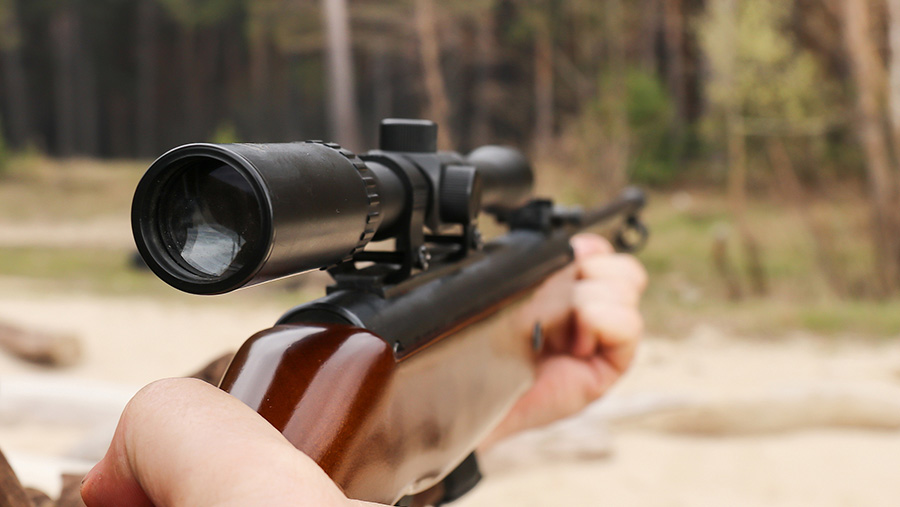 Government plans to restrict airguns for under 18s have drawn condemnation from young farmers and gamekeepers.

A Home Office consultation includes plans that would see 14-17 year olds in England and Wales lose their ability to use airguns unsupervised on private premises.

The British Association for Shooting and Conservation (Basc) and the National Federation of Young Farmers’ Clubs (NFYFC) say the ban would severely disadvantage their members.

The two organisations have joined forces to fight the proposal, warning that it would affect thousands of under-18s who use airguns as part of their job.

There are an estimated 7m airguns in the UK – many used by young people for work as well as for recreation and competitive shooting.

Both the Basc and the NFYFC argue that undertaking pest control as a farmer, farmworker or gamekeeper is an essential service and job.

“The government has significantly underestimated the impact this proposal will have on those who use airguns,” said Curtis Mossop, BASC head of pathways to shooting.

Thousands of under-18s used airguns as part of their work, he added.

Under current rules, airguns can be used by 14–17 year olds only if they have permission from the owner and are on private premises.

The government’s proposed restriction would significantly impact on education and those wanting to move on to other shooting disciplines, he added.

The government says it wants to address a number of risks and concerns raised during the passage of the Offensive Weapons Act in 2019.

It argues that the law, as it stands, creates a risk that air weapons are misused.

The government acknowledges that young people would be inconvenienced, but the restrictions would reduce the harm caused by air weapons, including fatal incidents.

NFYFC agriculture chairman Tom Pope said many young farmers would be affected by a ban – including those already dealing with challenges due to the pandemic.

The BASC is urging its members to respond and spare five minutes to complete its online survey form before the consultation ends on 16 February.

Full details of the firearms safety consultation can be found on the government website.