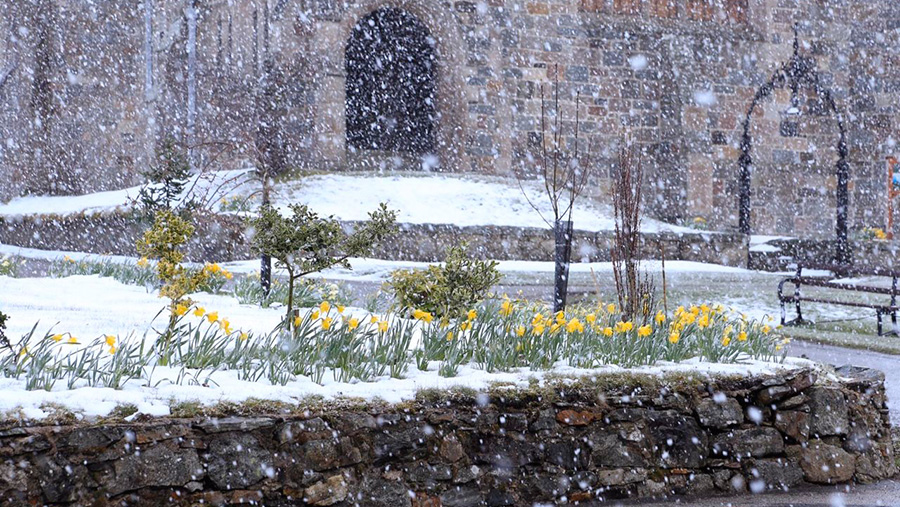 It might be the last week of April but the weather had other ideas earlier on Tuesday (26 April) as snow, sleet and hail battered crops across much of the country, to the surprise of growers.

Temperatures have plummeted in the past week or so, resulting in huge variations in crop growth and far from ideal conditions for drilling and spraying.

The crazy April weather is a complete contrast to the unseasonably warm winter growers experienced earlier this season, when crop growth was thought to be worryingly forward in some cases.

See also: Video: How to get your wheat T1 fungicide timings spot on

Twitter went into a frenzy earlier today as growers and agronomists from Yorkshire to Somerset rushed to report their confusion as the freezing weather hit.

No it's not fertiliser – hail in Wiltshire today! pic.twitter.com/c8VUHV4PtO

Cold for the last week in April.! pic.twitter.com/ExrCPPL6zy

Sleet! Come on Mother Nature have a word with yourself and sort this out. #cantankerouroldbag

Then we wonder why crops aren't growing very quickly! pic.twitter.com/qLS52qmRWx

Is this actually a joke?! pic.twitter.com/QQ8AYqOCls

T1 walks in the snow #FUBAR

if I hadn't been walking with him I'd have said @Fyfieldfarmer had been spreading urea!!! Hail in April. #spring16 pic.twitter.com/bwHQJUUawg