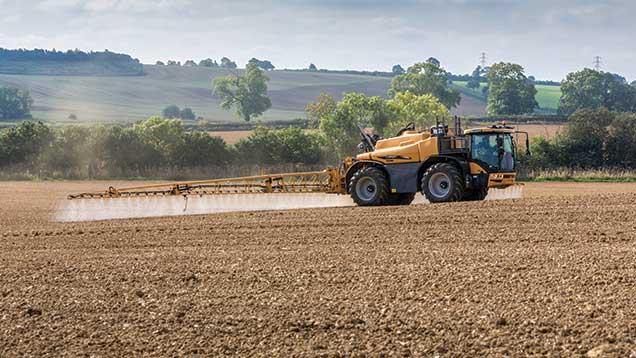 The number of new active ingredients and crop protection products coming to the market every year may have fallen by 70% in the past decade, but all is not lost for those who rely on agrochemicals to produce their crops.

Behind the scenes, there is a great deal of work being done to breathe new life into older active ingredients, many of which are now finding a place in novel mixtures or new formulations.

Often, these bring a valuable different mode of action back to the market, helping with resistance management and the safeguarding of existing chemistry, while also expanding the weed- or disease-control spectrum of widely used products.

In some cases, they fill a gap left by the unexpected withdrawal of another product, or allow the use of the molecule on new crops.

As Alison Bosher, marketing manager with Adama, explains, it can be possible to find a different, but useful position for an active ingredient that was considered to have had its day and may even have been banned.

“Chlorotoluron is a good example,” she says. “It was withdrawn back in 2010 as a straight product, and a few years later in mixtures, after the active was found in raw water on a regular basis. At the time, there was a lack of data to support its use at lower application rates.”

However, last year, following work done by Adama, it was reapproved for use on cereals, for the early control of annual meadowgrass and a range of broad-leaved weeds.

The company’s resulting CTU-based herbicide, Tower, contains pendimethalin, diflufenican and just 250g/ha of chlorotoluron, which is much lower than its previous rate of use of up to 3,500g/ha.

“Adama was able to reformulate the product and reintroduce CTU to the market by bringing the rate down and getting growers to use it earlier in the season,” reveals Ms Bosher. “It means they are now putting less active on, but also using it when the weeds are smaller.

“So the results with it are very good, and the threat to water has been dealt with.”

Rejuvenating and managing the portfolio of products that already exists will be important, she believes. “With the regulatory environment we have, the next five years are going to be very interesting. It is good to see how we can use formulation and advanced chemistry to help farmers.”

In a similar way to CTU, isoproturon (IPU) has also made a comeback, having been banned for use on farms in 2009. Hampshire-based Agform UK found a way to increase the efficacy of the active ingredient, allowing it to be used at much lower concentrations, and launched two herbicides last year, Blutron and Blutron Plus.

Both contain IPU and diflufenican, and are aimed at early annual meadowgrass control.

Key to Agform’s success was the use of technology to increase the surface area of the IPU particle, so increasing its solubility and the uptake of the active by the plant.

It has allowed IPU to be more effective at lower rates, while also resulting in far less of the active going into soil and water. The cost of developing and registering the products came to £1.8m.

They have been around for more than 60 years, but they are suddenly finding an essential place in spring herbicide programmes aimed at sulfonylurea-resistant broad-leaved weeds.

The phenoxy herbicides – otherwise known as hormone herbicides – have no known resistance in the UK and are filling gaps created by other product withdrawals and overuse of sulfonylureas.

As Dick Dyason of Nufarm points out, mixes such as mecoprop + bromoxynil are being used where resistant chickweed has developed, while products such as Cyclops are being employed in the autumn for the control of volunteer beans in wheat.

“We are investing in this chemistry and keeping it available to growers,” he says. “Resistance to the sulfonylureas has highlighted the very valuable place it has.”

Another company working hard to extend the life and broaden the spectrum of existing active ingredients is UPL Europe. Among its current workload is ethofumesate, mancozeb and napropamide – all of which could find uses in new crops, as well as being reregistered for use in Europe.

“Mancozeb is a key product for us,” says Pam Chambers, technical support manager at UPL Europe. “Although its main use in the UK is in potatoes, globally it is used in about 70 different crops. What makes it a priority is that there is no known resistance to it, which is why it is so important to keep it.”

Furthermore, mancozeb has a different mode of action to other commonly used fungicides, including azoles and SDHIs, giving it a role in keeping single-site actives on the market and working effectively.

“Mancozeb is a dithiocarbamate,” she says. “It is best known for its control of oomycetes, such as potato blight, but it is also effective on leaf diseases, such as septoria.”

UPL Europe is committed to the long-term future of mancozeb, she confirms. “It has been around since 1962, and after more than 50 years, it still has a vital role, both as a straight and in various mancozeb formulations.”

But far from just getting it renewed for use in Europe, the company hopes to be able to get it registered for use in barley and sugar beet.

There is still work to be done, but the recent clarification from the Chemicals Regulation Directorate that mancozeb is an endocrine disruptor less likely to pose a risk and that earlier evaluation reports contained errors, is a step forward.

This is in light of the Europen Commission looking to regulate pesticides that may interact with the human hormone system and a key part of this is defining which fungicides are endocrine disruptors that pose a risk.

“We continue to invest in developing innovative formulations and hope to have a liquid formulation coming out next year, which will be useful in wheat,” says Ms Chambers.

Ethofumesate, which has been used for weed control in sugar beet for many years, is also being developed. As a result, it may find a place in pre-emergence winter wheat herbicide programmes by the end of 2016, where its inclusion in a tank mix will boost blackgrass control.

“It works best pre-emergence rather than post-emergence in this position,” confirms Ms Chambers. “It would always be used in a tank mix and will improve weed control by 10-15%.”

Crucially, it is a different mode of action to other blackgrass products, she stresses.

Otherwise, napropamide is also receiving the company’s attention. A soil-applied herbicide for pre-emergence weed control in oilseed rape, known by the brand name Devrinol, it is undergoing an update.

“With napropamide, we are looking at various options,” she explains. “As well as improving the formulation, we are hopeful of being able to introduce co-formulations and improve the product’s application timings.”

In addition, there is work being done to improve the label restrictions that relate to following crops. “There’s also the potential to improve its application requirements and extend the range of crops that it can be used on.”

These things take time, she ends. “A great deal of data has to be generated.”

Pesticide actives put back in use

Belchim is also involved in reviving old active ingredients, with two good examples of how the company has been successful.

Last year, it introduced the potato herbicide Praxim, which is based on the active ingredient metobromuron. And it has developed its herbicide Lentagran, to extend its crop uses and maintain the armoury for smaller crops.

Although metobromuron had been previously registered in Europe, it was not supported through the re-registration process and was subsequently revoked.

In 2008, Belchim took the decision to develop the molecule, bringing the data package up to the current regulatory standards in both Europe and the UK, explains Belchim’s marketing and development manager Simon Leak.

“Once you decide to go down this route, it takes significant time, expertise and financial resources to get the work done,” he says. “But it is very important – we are keen to support growers and are willing to spend money on and develop our portfolio.”

The approval of metobromuron was very timely – given the impending threat from the loss of existing molecules – not just in potatoes, but in other crops too.

“Potatoes are just the start for metobromuron. We are looking at a number of crops and we hope to gain approval for the first of those within the next few years.”

“There are lots of off-label approvals for the product too. We are busy working to add more crops to the label and to support those involved with smaller, specialist crops, who often don’t have a great choice of herbicides.”