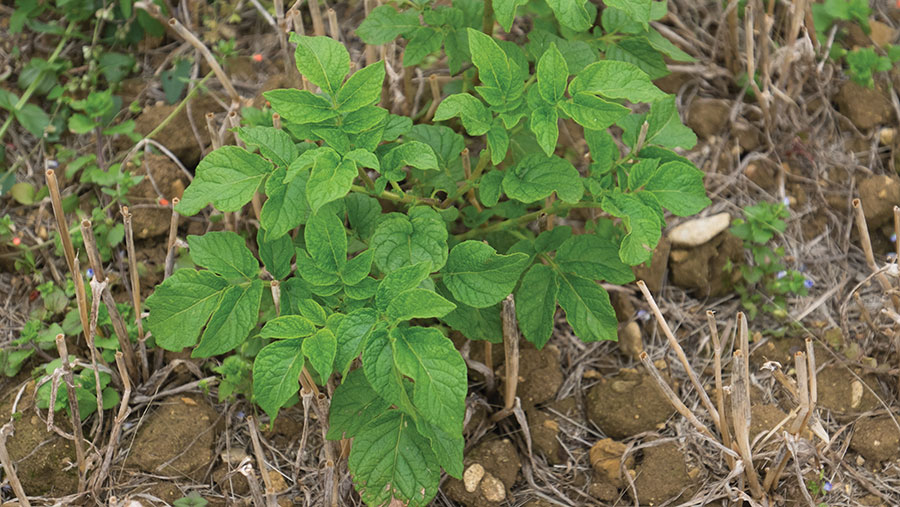 Effective control of volunteer potatoes will be key this season, after growers experienced a horrendous potato harvest last year, with countless crops left in the ground, causing widespread and vigorous volunteer growth.

Paul Cawood, independent agronomist at Spunhill, in Cheshire, highlights how the difficult lifting season during the wettest winter on record has increased the threat of volunteers in subsequent crops.

“As a result of the unprecedented and excessive rain last winter, last year’s potato harvest was particularly challenging. We had huge difficulties lifting potatoes, with lifters getting stuck and fields getting abandoned. In fact, some crops have only just been lifted this March and April,” he says.

However, he warns that unlifted potatoes can cause huge agronomic problems and, if left unchecked, volunteers can develop, spreading diseases, such as late blight and potato viruses, as the weeds act as an overwinter host for inoculum.

Mr Cawood also points out that volunteers, like any other weed, compete for light, nutrients and water with the main crop, reducing yield potential. This can be particularly damaging for following crops of maize.

“Many growers plant maize after potatoes, where volunteers can cause yield losses, as maize crops remain susceptible to competition early in its development. It’s not until the eight-leaf stage, when the crop is about the height of your welly boot, that it’s no longer susceptible to weeds,” he adds.

Early control is, therefore, essential to avoid excessive disease build-up and weed burdens, with successful control achieved via both chemical and cultural techniques.

For those that have survived the frost, chemical control will be required in maize crops and Mr Cawood advises using a programmed herbicide approach, comprising three different actives at label rates.

That’s because the key to a good kill is ensuring enough active reaches the tubers.

“The first application should be fluroxypyr, the second a more broad-spectrum active such as mesotrione, to control weeds which include nightshade and fat hen, and clopyralid should be the third choice in the programme, due to its effective level of volunteer control,” says Mr Cawood.