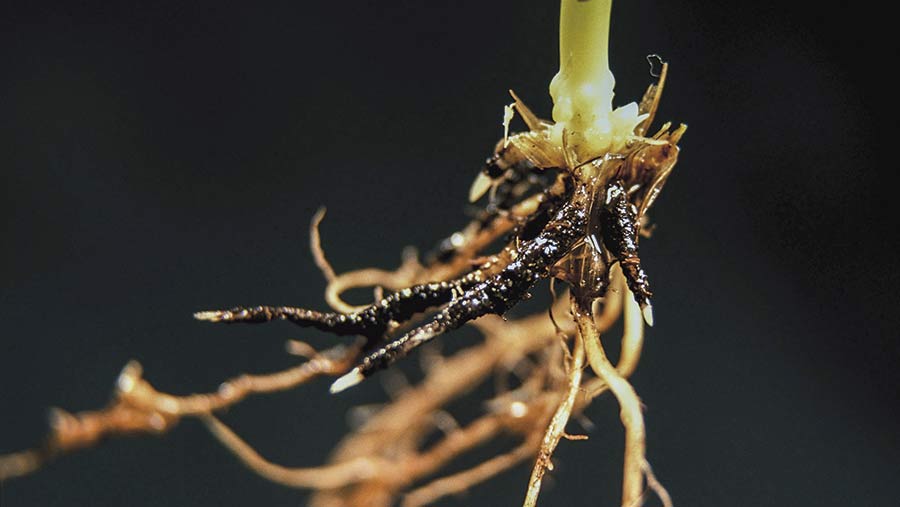 Australian wheat farmers have found that a combination of cultural and chemical approaches is the best way of controlling costly soil-borne diseases like take-all, which can halve crop yields.

While the climate and ecology Down Under may seem very different to that in the UK, the same diseases plague crops. For example, take-all has historically been a problem in Western Australia, although more recently crown rot has been affecting crops.

One farmer who has been tackling take-all is Ian Fletcher of Salmon Gums in Western Australia – he farms 8,000ha of arable land comprising wheat, barley and oilseed rape.

“Our land is relatively new, only being cleared by my father in the 1960s, and as a result, we had quite alkaline soils, which tended to be very conducive to take-all.

“In some cases, we were seeing up to 50% yield losses from the disease, which was pretty devastating,” explains Mr Fletcher.

Grass in the rotation

To combat this, he planted seeds with a sulphate of ammonia-based fertiliser, which changed the pH of the soil around the seed. Although this didn’t cure the problem, he says it helped to mitigate the effects of the disease.

“At that time, we were working on an alternate rotation of grass and wheat, and it soon became apparent that the grasses were hosting the take-all pathogen and carrying it over to the next wheat crop.

“As a result of this, and the fact that sheep prices fell, many people moved away from pasture towards continuous cropping. As the amount of pasture was reduced we started to see a reduction in the effects of take-all.”

He adds that over time, take-all became less of an issue, and with the advances in chemical controls, he was almost able to curb it all together.

“However, it’s not to say that we don’t see take-all at all. If we have a tight finish at the end of harvest with a dry end to the season, we will start to see whiteheads and root blackening, which only reiterates that soil-borne diseases are always present,” adds Mr Fletcher.

There are limited soil-borne disease-specific control methods that can be used in Australia, Mr Fletcher explains, and his focus has been on controlling grassweeds.

This has not only helped with take-all, but with other soil-borne diseases such as Rhizoctonia, and increased the health and yield of crops.

“As our summers are so hot and dry we cannot sustain a summer crop, therefore, we leave the paddocks fallow during this period and control any weeds with glyphosate,” he says.

“This helps to lock the moisture in the soil, ensuring the following crop is drilled into a clean seedbed, reducing the number of hosts that can carry soil-borne diseases. We continue this control with a grass-selective herbicide later in the season.” 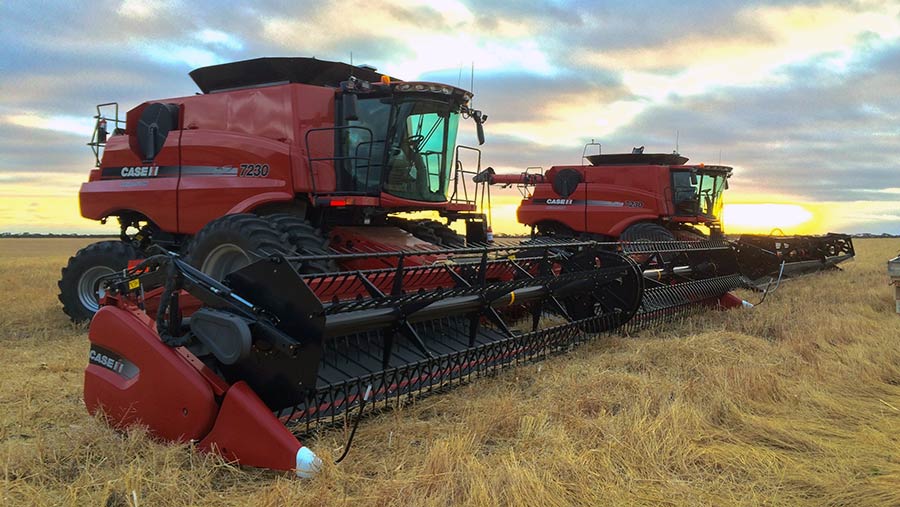 Mr Fletcher has also deployed mechanical cultural control methods in a bid to reduce the overall amount of grassweed seeds in his seed-beds.

He says that they usually row up straw behind the combine and burn this in the winter. “This has been quite effective, but costs us in fertilisers that go up in smoke during the burning process.”

So he has recently investigated the use of a seed terminator, which sits on the back of the combine and catches the grassweed seeds that come off the sieve, milling them into a dust.

“This not only helps reduce the amount of seeds in the seed-bed, but eliminates the need to row up behind the combine and the costly burning process.”

He concludes that take-all is no longer such a big problem, as he has become better at managing it.

“But needless to say, if we weren’t keeping on top of it, we could see an outbreak,” adds Mr Fletcher.

Much like in Australia, staying vigilant is important as the yield-threatening pathogen is always present in soils, explains Certis’ Adrian Sisson.

“Cultural controls are also vital in the UK, but unfortunately we can’t use some of the practices they can in Australia,” he says.

But there are measures that can help, such as keeping on top of grassweeds and considering the effect of grass leys in the rotation.

“The best ways in which to protect UK crops against the soil-borne disease is to drill as late as possible, increase nitrogen applications and include an insurance policy in the form of a specialist seed treatment,” says Mr Sisson.