Spring cropping is an appealing option for growers looking to suppress weeds and cut costs of production. Farmers Weekly looks at some of the options for 2017.

The UK’s spring cropping area is expected to increase in 2017 as growers cut back on winter plantings to alleviate weed burdens and improve cashflows.

Last season offered a mixed bag for growers – from rock-bottom prices early on, to poor specific weights at harvest, followed by a weak pound which supported grain and rapeseed prices.

With such market volatility, achieving good gross margins will be more important than ever, but they are generally looking less attractive than a year ago.

Blackgrass was a big issue in 2016 and will influence the choice of crops in the future, says Jonathan Dennis, farming consultant at Strutt & Parker.

“One of the main drivers for spring crops on heavy land is blackgrass – but away from that, cashflow issues with winter crops are also pushing spring cropping,” he says.

“There is a high front end spend with winter crops, but spring cropping alleviates the need for that.”

“This will have pushed more people into spring cropping,” says Mr Dennis. 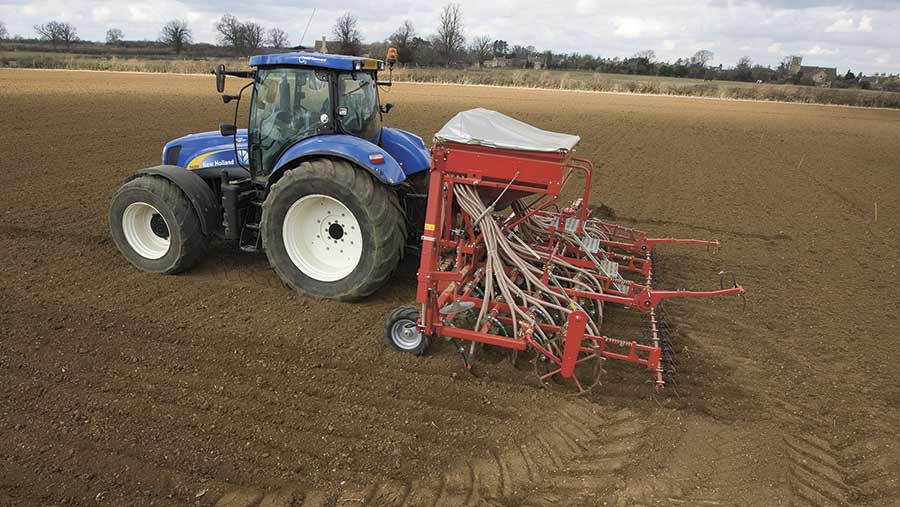 Before declining in the late 1980s, about 2 million hectares of spring barley was grown, says Graham Redman, author of the John Nix Pocketbook.

“With the expectation that lots of spring barley could be planted in 2017, the market might have a job absorbing it all. There may not be a huge malting premium in one year’s time as maltsters will have plenty of choice,” he says.

One reason that many growers will be increasing their spring barley planting is to manage blackgrass, says Mr Redman.

“If farmers are having to do this, they should also think very carefully about what else they are doing to manage it,” he adds.

Spring wheat also looks to be on the rise but this is not expected to cause any oversupply issues. As spring wheat plantings will generally be for milling, growers should think about marketing the crop early, advises Mr Redman.

“This does not mean you have to sell it, but be prepared to if you think the market conditions are good,” he adds. 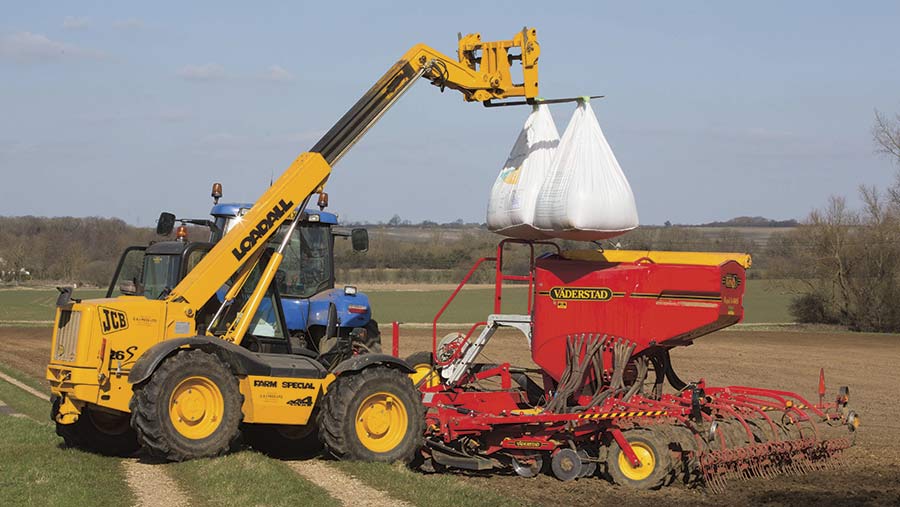 The total pulse area is looking to have fallen 6% to 216,000ha, although it is uncertain if this is spring or winter cropped area, explains Mr Redman.

“The price spread of pulses over wheat has fallen substantially over the past two seasons, meaning the premium for human consumption is really important now,” he says.

“Keep the crop as clean as possible and remember that timing of harvesting and input applications is everything.”

Pulses also give value to the soil, even though this varies year-on-year and is hard to measure.

Winter and spring oilseed rape is likely to cover the smallest area since 2004, down 4% on 2016 to 557,000ha, including abandonment for crop damage.

“If farmers have lost the crop, then think about re-drilling options that fit into the rotation – not spring oilseed rape, though, as the margins are so bad,” says Mr Redman.

Fallow land is expected to decline by about 15% this year, to 214,000ha, as a result of higher market prices for combinable crops. But the area of other crops such as sugar beet, potatoes, vegetables, maize and roots is expected to increase by 9% to 360,000ha.

If farmers are still uncertain about cropping options, then it is also worth considering very late drilled winter crops, says Mr Redman.

“The differentiation between spring and winter crops has become rather blurred in recent years with varieties that have a long drilling window,” he adds

It might also be worth enquiring after alternative and more niche spring crops. Linseed is one such option and it may well stack up against other spring choices, explains Nigel Padbury, seed and marketing manager at Premium Crops.

There are also several different types of linseed for farmers to select from – each with different markets – including brown, yellow and high Omega 3 linseed.

“It is also later sown, optimally about 20 April, and as slugs do not like it populations are considerably lower in a field following it,” he adds.

Growers could also consider canary seed, which has a gross margin of about £498/ha, says Mr Padbury.

“It has a short growing season and is a later-sown crop, giving entry into wheat.” However, contract acreage and demand are fairly in balance, so there are not many contracts on offer.

Millet, like canary seed, is mostly grown for the bird food market, and with a gross margin of £345/ha, it stacks up against pulses, but is a limited contract crop.

Another option is naked oats, but there are limited market opportunities for these. The crop has a gross margin of £426/ha, but it does have a slight yield deficit, averaging 4.5-5t/ha compared with conventional oats at about 6-7t/ha, says Mr Padbury.

“However, growers could be looking at a 50% price increase, compared with a 20% yield reduction. They are a straight replacement for conventional oats, with added value,” he says.

With any cropping decisions, growers should consider what they are trying to achieve, whether this is blackgrass control or something else – it is about a whole-farm strategy, says Mr Dennis.

“If possible, get a contract in place with a minimum price and get storage and movement organised.”

When it comes to cultivation strategy, plan ploughing and subsoiling and make sure they are done well, he adds.

“Also apply low-nitrogen organic matter and take the opportunity to do any drainage or ditching work,” he says.

Growers should be focusing on maximising yield at minimal cost, but not reducing costs at the expense of yield or increasing yield at any expense, warns Mr Redman.

“Remember that although gross margins are important, they are not everything,” he says. “Remember to consider the wider burden or contribution each crop makes on the rest of the business.”