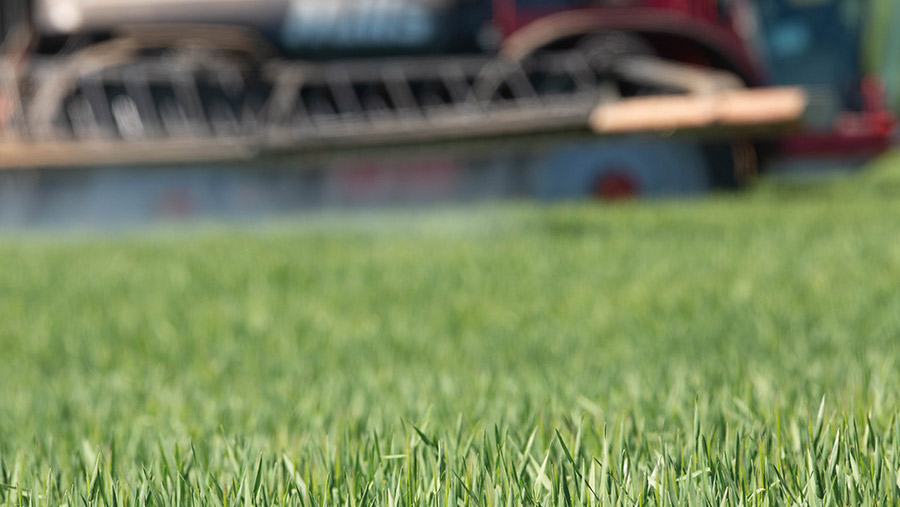 Ramularia control for barley growers is key at the T2 fungicide timing when the barley awns are just peeping out, and a new SDHI-azole combination is proving to be the best option.

The disease attacks barley crops late in the season, so the T2 spray timing (GS45) is more important for control than the end-of-tillering T1 timing (GS30/31) in a traditional two-spray barley fungicide programme.

“For ramularia, the T1 timing is low in influence, it’s all about the T2 timing,” says Prof Burnett. 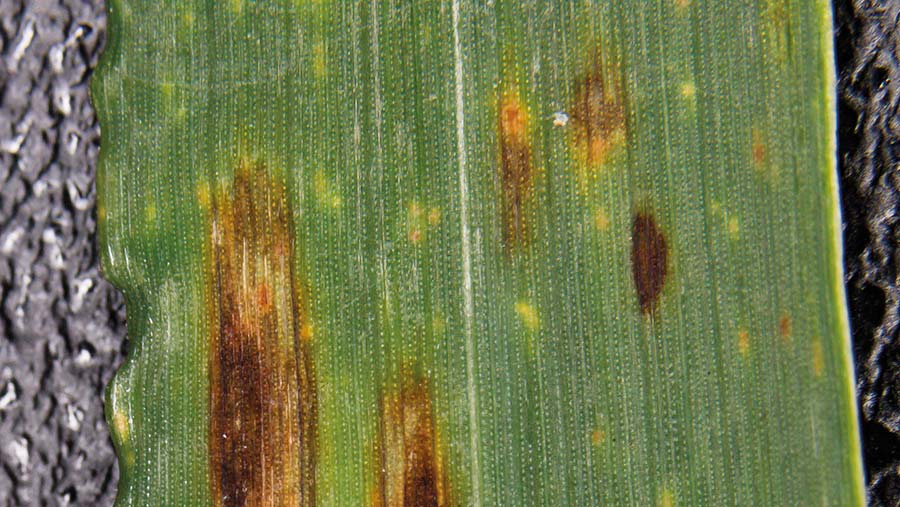 The toxins from the disease damage the barley leaves, and control has relied largely on fungicides as there is little varietal resistance being seen.

She points out that Scotland is at high risk from the disease, north England of moderate risk and southern England low risk, and the disease can attack both winter and spring barley crops.

Leaf wetness encourages the complex life cycle of the disease, as does warm temperatures, and early drilling and previous cropping can exacerbate ramularia. The key is to prevent any type of stress in the crop.

The multisite protectant fungicide chlorothalonil was very effective against the disease but it is now banned, although the azole prothioconazole has some beneficial effect on the disease.

However, the new fungicide launched last season, which includes the SDHI fluxapyroxad and azole mefentrifluconazole (Revystar), is the most effective against ramularia, especially when used at T2, says Prof Burnett.

“The T2 spray helps retain green leaves and so reduces the stress in the crop.”

Barley growers can also look to reduce stress in barley crops by correcting any nutritional deficiencies, such as for manganese, being careful with applying plant growth regulators and avoiding complex tank mixtures where possible.

She suggests a half rate of Revystar may be sufficient at T2 as there is not a great need for persistence, but simply a need to keep the leaves green.

David Leahy, business development manager at BASF in Ireland, says the control of other barley diseases, such as rhynchosporium and net botch, can help to reduce stress in barley crops and hence their susceptibility to ramularia.

He points out that the wet weather disease rhynchosporium is the number one yield-damaging barley disease in Ireland, so anything done to control it will help lessen the effect of ramularia.

Mr Leahy adds that his group’s Revystar product at a half rate of 0.75 litres/ha gives good control at T2, and in very high risk situations, the addition of 1litre/ha of the multisite fungicide folpet can be helpful.

He says that the importance of the T2 spray in barley is increasing, not only for ramularia control but also for straw quality in order to control brackling, where barley heads fall to the ground and yields can be hit by as much as 30%.

Prof Burnett was speaking at a webinar organised by agrochemical giant BASF on disease control in barley crops.