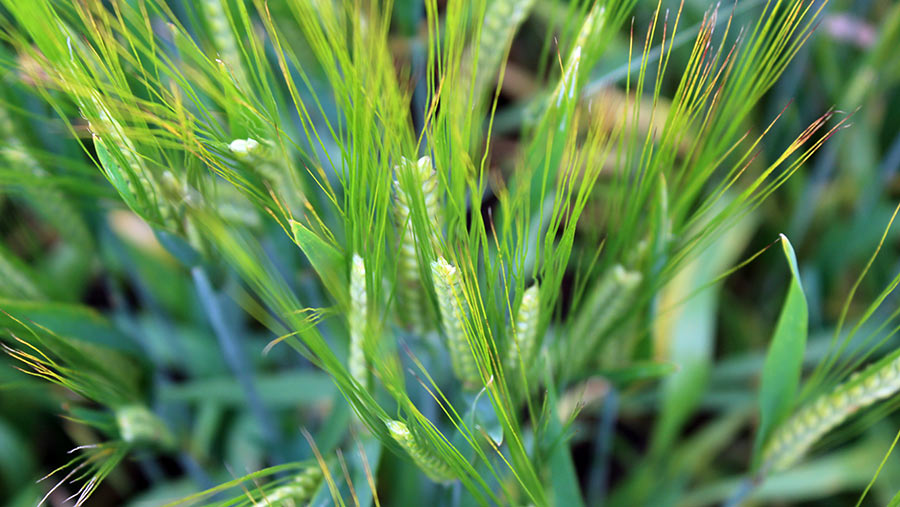 Essex grower Ed Ford has switched to spring barley to help him beat blackgrass on his heavy clay land and a new drill is already helping with the transition.

The farm has had a persistent blackgrass problem for a number of years and after stale seed-bed techniques and fallowing land failed to bring the difficult grassweed under control, spring cropping was brought into the battle.

Malting barley was planted for the first time in the spring of 2016 with a heavy seed rate to maximise competitiveness.

“The plants swamped the blackgrass to the extent that we only found one plant that came above the canopy,” says Mr Ford.

Barley will be in a four-year rotation on the worst affected blackgrass land, with wheat being followed by two crops of barley and then linseed. 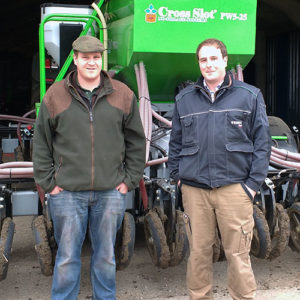 “It does bother me that it’s not a genuine break crop,” says Mr Ford, explaining that a key issue is barley cannot be followed with wheat due to the risk of volunteers polluting their high value milling wheat, but added that they still have significant areas of brassicas.

With the wheat area being maintained at almost half the total cropping area, barley will replace oilseed rape, after successive poor harvests culminated in a yield of just 0.7t/ha.

The farm, which lies just outside the M25, is in the worst affected cabbage stem flea beetle area.

The cropping switch came as the farm took delivery of the new drill in January 2016 following a decision to move to zero tillage after practising minimum tillage for 20 years.

Mr Ford and his brother Charles are enthusiastic about the change of system in spite of the significant cost of the new drill, seeing the potential to establish directly into cover cropping, improve soil health, and extend drilling windows. Improvements in soil drainage and worm numbers have already been seen.

“The jury is still out on cover crops,” says Mr Ford, explaining that there was a role for them but it would take time to work out how to get the best from them on their land.

The first spring barley crop was drilled on 14 April after the decision was taken to spray off 90ha of wheat which was too infested with blackgrass to be viable.

Given the late drilling date and the lack of opportunity for a pre-emergence spray, a high seed rate of 234kg/ha was used which proved to be successful at competing with the blackgrass plants. 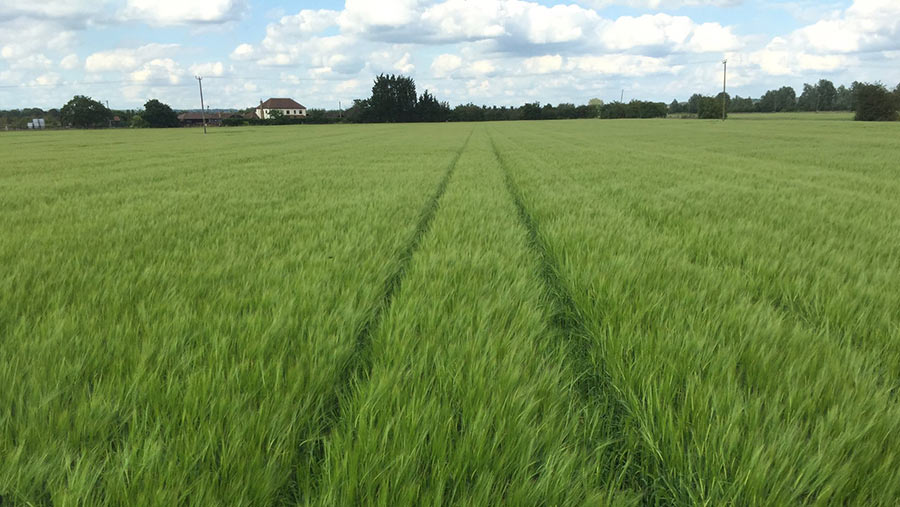 “It took ages to come up, but then motored in June -–the wet conditions saved it as it sucked up all the moisture,” he explains.

A moderate 134kg N/ha of a urea product was applied in two splits, an early application on 27 April, followed by the remainder on 8 June, to aim for a low nitrogen grain to meet the needs of the maltsters.

The crop yielded an average of 4.9t/ha over the weighbridge, and the crop all fell within malting specification, with one sample coming back at 1.9% nitrogen and the rest at 1.6% and 1.85%. The malting contract required nitrogen levels to fall between 1.6-1.9%.

“We were always going to get a yield penalty after drilling so late,” says Mr Ford, saying that the primary purpose of the crop was to deal with the blackgrass, with everything else being a bonus.

He explains that in comparison with linseed, the barley has had very clean stubbles afterwards, with little blackgrass infestation.

In the linseed stubble, areas can be seen where each blackgrass plant has shed seed as there is now a patch of the stubborn weed (see photo below). 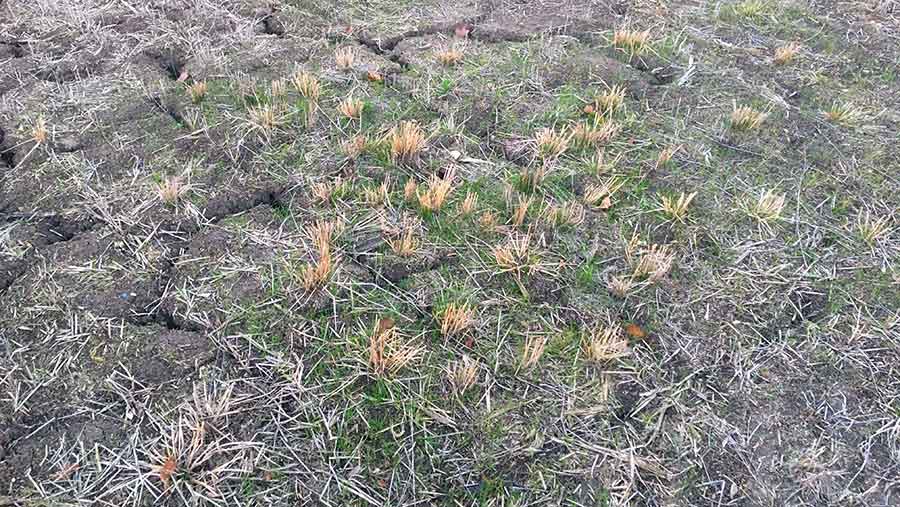 However, Mr Ford reports that in the barley, there are no such areas as plants were smothered before they reached the shedding stage.

He now looks to grow another 90ha of spring barley in 2017 on Childerditch Farms near Brentwood, Essex. The business is run as a family partnership by Mr Ford, his brother Charles and their parents John and Clare.

The farm runs to 650ha of strong Essex clay with the predominant crop being 300ha of milling wheat.

Autumn drilling was not completed this year until a record late date of 1 December, with the previous latest being 24 October after they were hampered by the delay to get a grassweed flush on stale seed-beds like many others in the South East.

She explains that Propino is a particularly competitive variety as it has “lush” leaves which cover a lot of ground, and it is an easy variety to market.

“It is accepted by all UK maltsters and if you’re in an area which exports then you also have that option – meaning it’s easy to get a malting contract,” she says.

With 97% blackgrass control required to merely keep populations static, many farmers wanting to reduce infestation of the persistent weed no longer have the option to control it using chemicals alone.

Cultural controls such as selecting competitive crops and varieties, and increasing seed rates have a role to play in getting growers over the threshold into weed-reduction territory.

Kathryn Hearn, technical crop expert at Syngenta, says that spring growers should follow the same principles as winter growers and not be tempted to drill too early, in order to leave more time for glyphosate applications.

Last season Syngenta conducted a trial comparing the effectiveness of Propino barley with Mulika spring wheat to see which did a more effective job at reducing the number of blackgrass plants which made it to the seed shedding stage.

Their results showed that barley came out top for competitiveness with seven times more blackgrass ears found per square metre in the wheat even at the lowest seed establishment rate.