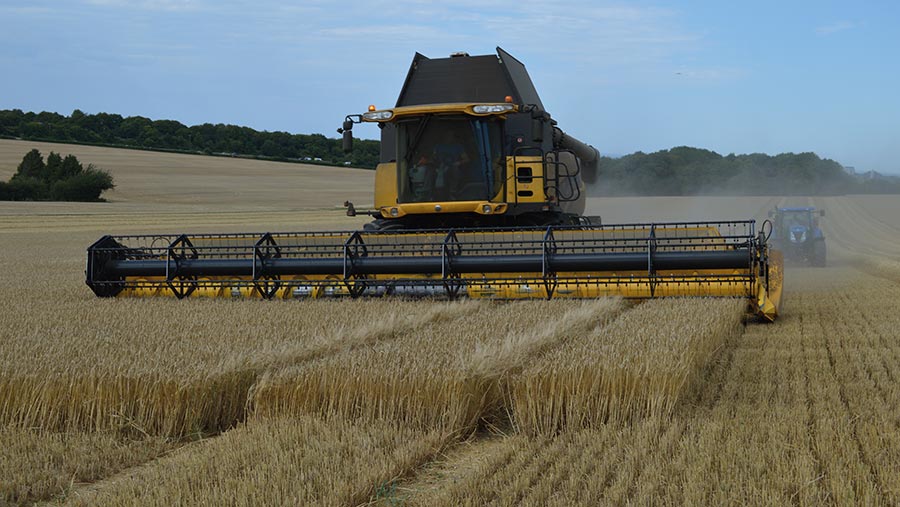 New spring malting barley variety Tungsten could be a useful partner in the North for market leader Laureate due to its good northern yields and early maturity.

The variety is yet to be fully approved by the maltsters as a dual-purpose variety for brewing and distilling, but feedback has been positive and there is enough seed available this spring to take 3-4% of the spring barley market.

Tungsten comes from the same Syngenta breeding stable as Laureate, and Kathryn Hamlen, the group’s technical manager for malting barley, sees it being attractive to spring barley growers in Scotland and northern England.

“The variety has shown an incredibly good yield in the North and has early maturity,” she tells Farmers Weekly.

The variety made it onto the AHDB Recommended List two years ago in December 2019 and shows the highest equal fungicide-treated yield in the North at 104%, alongside fellow new malting varieties Jensen and Firefoxx and feed variety Fairway.

Although Tungsten’s maturity is the same as Laureate at one day later than control variety Planet on the AHDB list, Mrs Hamlen says that in the field, Tungsten is about one day earlier to harvest than Laureate.

The success of the variety rests on whether it is given the green light by the maltsters, but early indications are that it looks good for both the brewing and distilling markets. A final decision by the maltsters is expected in June 2022.

Laureate is the most popular spring barley variety in the UK as the maltsters like it and the variety is generally very clean of disease in the field, with one of the highest untreated yields on the Recommended List, and shows consistent yields and quality.

Although Laureate is likely to stay the most popular variety for a number of years, Mrs Hamlen sees Tungsten becoming a good partner in the North before making inroad further south into England.

Tungsten shows a slightly better specific weight, at 67.7kg/hl, than Laureate and Diablo, while straw strength is similar to Diablo at a 7, but is a touch stiffer strawed than Laureate at a 6.

This is on a 1-9 scale, where a high value shows the character to a high degree (ie, stiff straw). 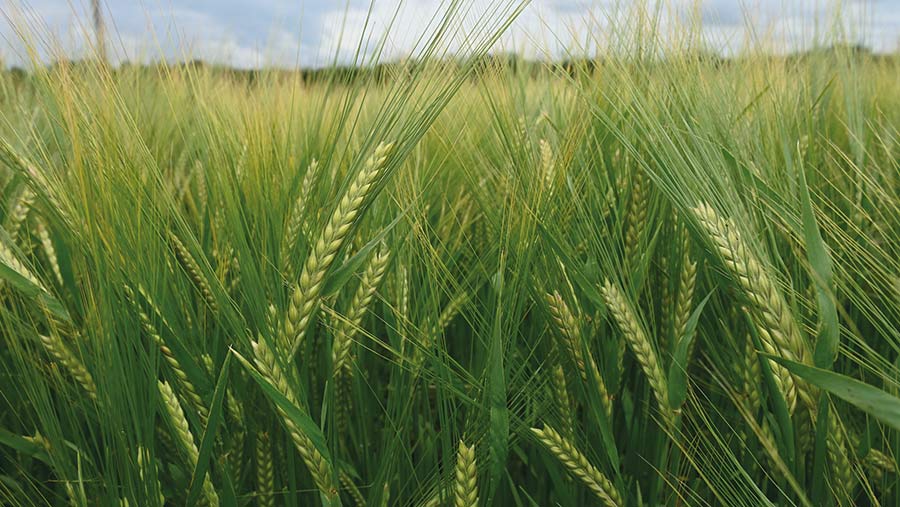 The one weakness of Tungsten is its susceptibility to rhynchosporium, where its rating was reduced to a 3 from an initial 4 after a bad year for the wet-weather disease in 2021. It is only a 4 for brown rust resistance, while mildew resistance is good at 8.

“The variety is weak on rhynchosporium and growers will need to follow the best advice on controlling this disease,” she says.

Scottish malting barley grower David Dandie is keen on Tungsten after two years of growing the spring variety as it has given a high yield and combines two to three days earlier than his other main modern variety, Diablo.

He grows 360ha of spring malting barley, including these two and an older one, Golden Promise, on his family farm, and will look to grow the same amount or even increase his area of Tungsten in 2022.

“Tungsten is a good partner for Diablo. It is ready for harvest two to three days earlier and so helps spread our harvest,” he tells Farmers Weekly.

He has grown the variety for the past two years on contract for Simpsons Malt, and the maltster has been pleased with the quality of the grain grown on the lighter sandy soils on the farm.

His family farms 1,200ha as Walter Dandie & Sons at Learielaw Farm, Broxburn, just to the west of Edinburgh, where harvest kicks off with winter barley, then moves to oilseed rape, before combining 120ha of very early maturing Golden Promise, a bit of winter wheat before cutting Tungsten and Diablo.

Even the older variety, Golden Promise – which dates back to the 1960s – yields well at 6.25t/ha, with a little extra spent on fungicides as it is susceptible to disease, but it is in good demand from the craft brewers.

The farm has tried Laureate but found the variety suffered from brackling – where ears can break off close to harvest – while it did not combine as well as other varieties and did not yield to the level of Diablo and Tungsten on the farm.