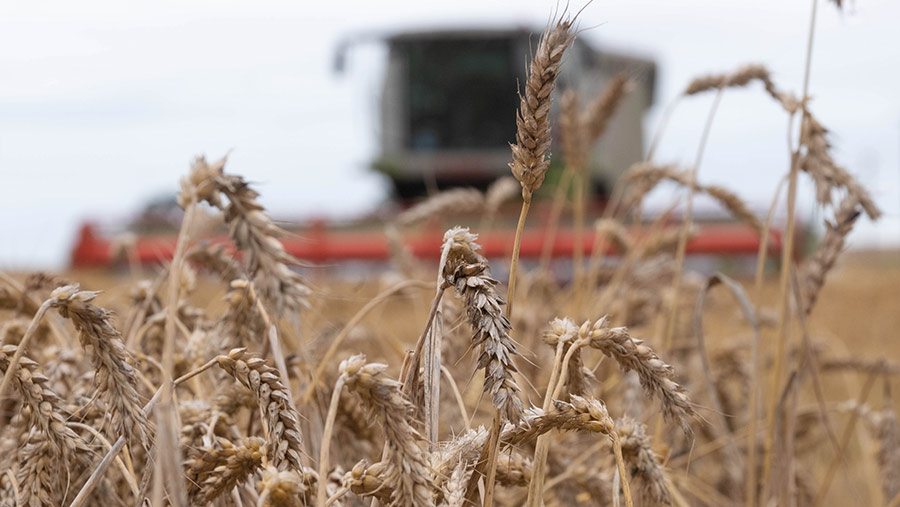 New cereal and oilseed rape varieties with improved yields and resistance to diseases have been given the official green light for next year’s drilling plans, which may help growers with escalating fertiliser and agrochemical spray costs.

The lists include revised cereal lodging ratings to help pull apart varietal differences, and updated ratings for wheat’s most damaging disease, septoria, after concerns about a breakdown in resistance when the disease hit crops late last summer.

“We are seeing two different types of growers – those interested in risk management, so are looking at disease resistance, and then those that look at yield – so that is why there are so many new varieties,” he told a briefing.

Mr Gosling highlighted two new winter wheat feed varieties – Champion and Dawsum – which represent the biggest leap forward in yields and disease resistance seen for some time, and are likely to take a big chunk of the wheat area in future.

The two new hard-milling feed varieties, Champion and Dawsum, look to set a new standard for yield and agronomic features, and they could each take a 10% share of certified winter wheat seed sales for autumn 2022 drillings.

Champion, from breeder DSV, has the highest fungicide-treated yield on the list at 106%, pulling clear of previous top yielder Skyscraper (103%).

Seed experts said the variety was set to sell well as the top yielder and being “head and shoulders” above the others, although as an early developing wheat it should not be drilled early, while its specific weight is only moderate at 74.8kg/hl.

Champion has shown very high yields in the East of the UK.

Dawsum, from breeder KWS, is the second-highest yielding wheat at 104%, and as a Costello cross has very good specific weight at 79.4kg/hl, while it also has good disease resistance to septoria at 6.3 and to yellow rust at 9.

It has shown particularly good yield in the North and West.

Jim Knight, seed business development manager at agronomy group Frontier, said Champion was bound to attract attention as the top yielding variety, while Dawsum had some of the best grain quality seen among the feed wheats.

“We have not seen two varieties which enter the RL together which are such perfect partners, with Champion as a late drilled and Dawsum as an early driller,” he said.

Toby Reich, head of seed at supplier Wynnstay, added: “Champion stands out for its yield and its excellent septoria and yellow rust resistance, while Dawsum has an incredible specific weight.”

Dawsum’s specific weight at 79.4kg/hl is the second best on the wheat list after Costello’s 80.6kg/hl.

A third new hard feed wheat to make the list is Typhoon from Limagrain, with a 102% treated yield and a good disease package with resistance scores of 7.2 for septoria and 9 for yellow rust.

Mr Miles said Typhoon’s late maturing characteristic and low tillering ability could see it have a place as an early drilling variety along with the ever-popular Graham.

On straw strength, Dawsum and Typhoon are rated 7, similar to Gleam and Graham, while Champion is a touch weaker at 6, similar to Skyscraper and Saki.

Two soft-milling feed varieties are also approved. Bairstow from RAGT is the joint highest yielder of the soft millers at 103% but has a low specific weight of 75.9kg/ha, while Stokes, also from RAGT, has a treated yield of 102% and again a low 75.3kg/hl specific weight.

Mr Reich said Stokes had shown “fantastic” yields in the West and North East of England and also Scotland, and looked a good bet for the distilling industry.

Two group 2 milling wheat varieties make the list – Palladium from Extase breeder KWS and Mayflower from Elsoms – and Mr Gosling said the millers were keen on new additions as this group was very reliant on Extase.

Palladium shows a treated yield of 100%, just behind Extase’s 101%, and has a good protein content of 13.1% grown on a milling specification. Mayflower has the highest resistance to septoria of any breadmaking variety, at 8.4, just behind top-rated feed variety Theodore at 8.5.

“Palladium is a nice, safe variety and will sit well alongside Extase,” said Mr Miles.

Extase stands out as the highest yielding wheat in untreated fungicide trials at 93%, followed by Dawsum at 92%, and then Champion, Palladium and Mayflower, all on 90%, leading some to describe Dawsum as “Extase plus yield”.

Mr Gosling said two septoria resistance ratings were being given after a late season epidemic in 2021, with varieties having Cougar in their parentage particularly affected.

A three-year rating represents a medium term value and a one-year one the 2021 effect.

The biscuit wheats of Group 3 were badly affected by the Cougar issue, and here three were added to the list, Guium and Brium from KWS and Rashid from RAGT.

The first has the highest treated yield at 102%, just ahead of older variety Prince (101%), and also ahead of the other two newcomers and older variety Firefly, all three on 100%.

There were no new Group 1 breadmaking wheats on the list to add to the four existing ones – Zyatt, Skyfall, Crusoe and Illustrious.

Feeris is the first winter barley variety to make the list with tolerance to aphid-spread barley yellow dwarf virus (BYDV). It comes from KWS and shows an improvement from the breeder’s earlier tolerant variety, Amistar, in terms of yield and grain quality.

The new variety is a conventional six-row type with a specific recommendation for its BYDV tolerance, and may be a useful variety for growers in key BYDV areas such as the South and South West of England.

“This tolerance could be useful for those growers in aphid hotspots and for those who do not want to use insecticides,” said Mr Miles. The variety shows a treated yield of 103%, a specific weight of 69.5kg/hl, and very low screenings.

Two new two-row feed varieties are added to the list – Lightning (104%) from Elsoms-Ackermann and Dazzle (103%) from Limagrain.

Both look to be useful varieties but do not top the yield of last year’s leading new entrant, Tardis, at 105%.

However, they have the two highest untreated yields on the list  – Lightning at 88% and Dazzle at 87% – ahead of Tardis (85%), and the newcomers have generally good agronomic packages.

The fourth is a six-row hybrid from Syngenta, Canyon, with a treated yield of 106% which does not quite match Thunderbolt (107%) from the same breeder, but it has the highest specific weight of a six-row variety on the list at 71.2kg/hl.

Three new malting spring barleys make it onto the list, but as usual they will take some time to be approved by the maltsters and so uptake is likely to be limited until the malting green light comes in a market dominated by Planet and Laureate.

Jensen, from breeder Sejet, is high yielding at 105%, but only matches last year’s new entrant Skyway and throws up a low specific weight at 65.9kg/hl.

Spinner, from Secobra, is lower yielding at 103% but comes with a better specific weight of 67.5kg/hl.

The third new entrant is Bronte (103%) from Syngenta, which will only be added to the National List of varieties on 19 December.

Feed variety Malvern (103%), from Nordic Seed, is recommended for the West region where feed varieties with good tall straw are often favoured over specialist malting ones.

It is stiff strawed but limited data suggests it might be very susceptible to rhynchosporium.

Score, from Carlsberg, is a specialist Null-Lox malting variety which makes it to the descriptive list.

These varieties lack the genes which can produce lipoxygenase, an enzyme which can affect beer quality. It is relatively stiff strawed and shows good resistance to mildew.

Among a plethora of new varieties, PT303 from Pioneer/Corteva is the joint highest yielding (107%) on the full UK list, and the breeder says it offers tolerance to sclerotinia stem rot which in some cases could cut fungicide spend at the flowering stage.

Mr Reich highlights the variety, pointing to its high gross output, its disease tolerance and good oil content of 46%, while Mr Miles adds that it made the list based on performance, without any claim of its sclerotia tolerance, and also shows good autumn vigour.

Limagrain continued with its strong line up of varieties with Auckland, which is the joint top yielder (107%) in terms of gross output with PT303, and both these varieties show 7s for both light leaf spot and phoma/stem canker resistance.

Another new entrant, Matrix from DSV, is a Clearfield variety which shows that these varieties are closing the gap on non-Clearfield varieties with a gross output of 99%, while showing good resistance to light leaf spot (6) and phoma (8).

Clearfield varieties have tolerance to specific imidazolinone herbicides and can be useful to control troublesome weeds such as charlock. A further Clearfield variety, Constructor from Limagrain (96%), was also recommended.

Mr Reich agrees that Matrix is the pick of the Clearfield varieties for its gross output and agronomic package.

Interest in conventional varieties continues, with Annika (103%) and Amarone (101%) making the list. Both are from Limagrain, and Mr Gosling said Amarone would be of interest to northern growers looking at its regional yield (105%).

Three new varieties were added to the list – two Group 1 milling wheats, Ladum (102%) from KWS and Nissaba (95%) from Blackman Agriculture, compared with old favourite Mulika on 94% – and one Group 4 feed wheat, Fixum (108%) from KWS

Two new husked and one new naked spring oat varieties were added, with Merlin (105%) from Selgen and Lion (99%) from Nordsaat the husked ones, and Lennon (71%) from IBERS on the descriptive list as huskless, or naked.