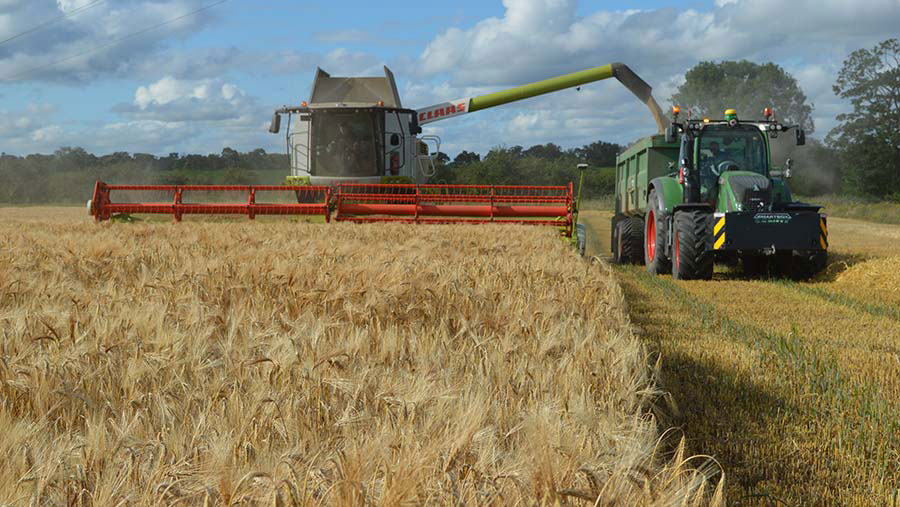 Virus-tolerant winter barley varieties could be the way forward to avoid spraying insecticides in the autumn, but there are some doubts about whether these varieties give good enough yields and specific weights.

Julian Bennion is growing a virus-tolerant winter barley variety to avoid spraying for aphids in the autumn, and is hoping to grow it again next season if the crop yields well.

He is growing 16ha of the barley yellow dwarf virus (BYDV)-tolerant variety Amistar on his Leicestershire farm, and it looks as well as his other winter barley variety, the hybrid Bazooka.

After the neonicotinoid insecticide seed dressing clothianidin (Deter) was banned for drilling last autumn, he opted for this tolerant variety to limit any virus attack on his mixed arable and suckler cow farm.

“Autumn is always a busy time, with cereal drilling and cattle to look after, so the option of not having to spray was attractive to us,” he says.

Yield losses
Winter barley can see yield losses of up to 50% from BYDV attacks, which is spread by the bird cherry-oat aphid and grain aphid. The latter is showing resistance to commonly used pyrethroid insecticides.

The disease tends to be more prevalent in areas with mild winters, such as the south and south-west of England, but it can affect all crops of winter barley and wheat.

The neonicotinoid ban from autumn 2019 means growers have to choose between drilling later to avoid the aphid migration, spraying with pyrethroids or growing tolerant varieties to counter the disease threat.

Last year, Mr Bennion drilled the variety in mid-October, and although he did not have to spray the crop, many other growers did not either because the autumn was so wet.

So, although comparisons will be difficult this season between tolerant and non-tolerant varieties, with the wet autumn restricting aphid flight and the ability to spray, he still believes the variety reduces the risk of growing winter barley. 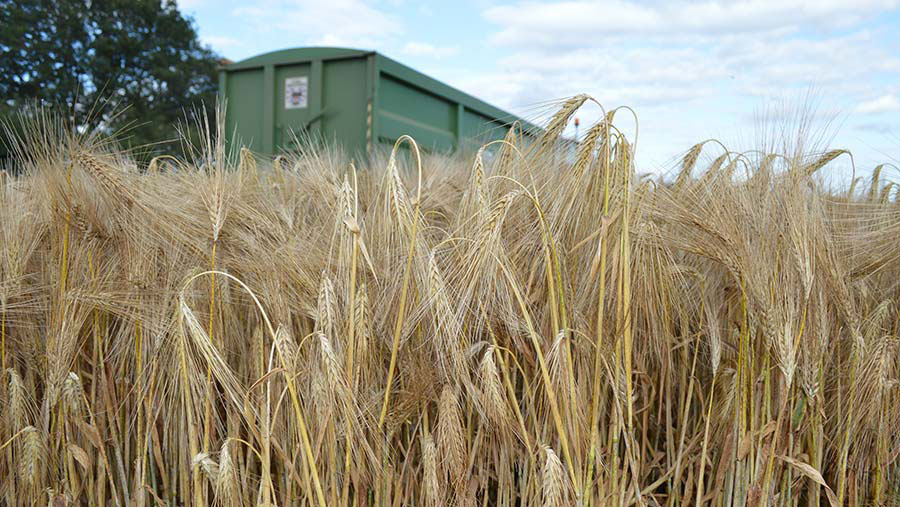 Specific weight
The farm normally produces average winter barley yields of about 8.1t/ha and specific weights of some 68kg/hl, and has not suffered any price deductions from being under the feed compounders’ minimum standard of 63kg/hl.

Some 20% of his feed barley is used as cattle feed on the farm, and the rest is sold commercially.

His is growing about 40 ha of six-row winter barleys this season, split between the conventional variety Amistar and hybrid Bazooka on the 300ha Alton Grange Farms, Ravenstone, some 10 miles north-west of Leicester.

Both varieties look well in late spring, but he says the Amistar is not quite as tall in the straw as the Bazooka.

“We are pleased with the crop of Amistar, and if it goes well at harvest, we are likely to grow the variety again next year,” he says.

Mr Bennion is also keen to try some of the new BYDV-resistant winter wheat variety Wolverine, and is hoping to drill some seed this autumn.

Amistar has been bred by plant breeder KWS and the group’s cereal manager Will Compson says there should be enough seed available this autumn for about 1% of the certified seed market.

“If a grower has been hit hard by BYDV then they need to try this variety,” he advises.

Mr Compson adds the six-row conventional variety shows a yield similar to the group’s popular two-row winter barley Orwell, and gives a specific weight similar to other six-row barleys in the market.

“We have some interesting future tolerant varieties in the pipeline, and the newer varieties are getting better and better,” he says.

The group has virus-tolerant two-row varieties in National List trials and these could become available commercially in some two to three years.

His 6ha of the six-row winter barley variety was grown in a hotspot for the virus in the south-west of England and gave a specific weight of 66kg/hl, and so he has increased his area of the variety to 14ha this year.

“We have had BYDV in the past, so growing this variety helped take the risk out of growing winter barley for us,” he says.

Some growers in the area can use up to two insecticides in the autumn to try to keep aphids under control in bad virus years.

Clare Leaman, cereal variety specialist with crop consultant Niab, says she has seen Amistar in trials last year at a couple of sites, but not Rafaela.

Amistar performed well, with yields that were not too far adrift from Orwell, with no BYDV present. She has also seen tussocks of both virus-tolerant varieties looking well with BYDV present, when susceptible varieties have struggled.

“I think they are a really useful addition for growers and add another tool for the toolbox. The more we can use genetic resistance, the better,” she says.

Environmental benefits
He argues that the best way forward environmentally is not to have to spray cereal crops in the autumn for the aphid-spread virus.

This season, he is growing 14ha of Rafaela and 20ha of six-row hybrid Bazooka on his Devon farm, while growing the two-row Cassia on his Cornish farm.

“We are quite pleased with how the variety has come on this season – especially in the past few weeks,” he says.

The variety Rafaela is bred by Limagrain, and the group’s national sales manager, Matt Shand, says there is growing interest in the variety for this autumn.

“There is definitely more interest this season in the variety after one year without the seed treatment Deter,” he says.

It produces a high biomass, so is good to counter blackgrass, but it can produce a slightly lower specific weight than other varieties in some years.

Mr Shand says there is limited seed available this autumn, but he hopes growers will see the advantage of growing a tolerant BYDV variety.