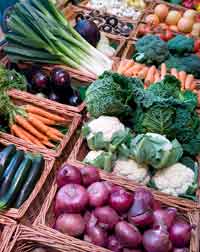 Claims organic farming is much better for the environment than conventional farming are exaggerated, according to scientists.

Researchers at the University of Leeds say organic farming has limited benefits and intensive production is needed if agriculture going to meet future food demands.

In the most comprehensive study ever carried out into the impact of organic production on biodiversity, researchers found organic farms had 12% more biodiversity than farms that used pesticides and artificial fertilisers.

But with organic yields less than half of conventional ones, those benefits were outweighed.

Researchers studied 192 fields on 32 farms in central south-west England and the north midlands. Half were organic and half conventional.

Comparing farm by farm, they found a 55% drop in yield, compared to a 12.4% increase in biodiversity.

However comparisons between larger areas found that “hotspots” with a greater density of organic farming showed a 9.1% increase in biodiversity.

Professor Tim Benton, who led the project, said the study – published in Ecology Letters on Wednesday (5 May) – raised questions over using land to produce as much food as possible while protecting wildlife.

“As the biodiversity benefits of organic farming are small, then the lower yield may be a luxury we can’t afford, particularly in the more productive areas of the UK,” he said.

Organic farms had done well in earlier research into biodiversity and wildlife, but as those farms tend to be found in areas with smaller fields, more hedges and woodland, they started with an advantage.

The latest project, supported by the government-funded Rural Economy Land Use programme, aimed to see if organic farming was still as good for wildlife if those features were taken out of the equation.

The research also found the number of small farmland birds was lower on organic farms, as they tended to attract birds such as magpies and jays, which prey on smaller birds.

The report concludes: “Given the lower yield and the limited biodiversity benefit of organic farming, it isn’t sustainable to promote it as the best or only method of agriculture.

“To meet future demands of food production, we will need to keep farming our most productive areas in the most intensive way we can – and potentially offset that by managing some of our remaining land exclusively as wildlife reserves.”

Emma Hockridge, Soil Association head of policy, said the study was based on “extravagant claims” that food production needed to be doubled by 2050.

Most research thought it was right to compare organic and non-organic farms, rather than individual fields, she added.

“When people have looked at the performance of organic farms across England and Wales it has been found that we increase production of some things, such as beef and lamb,” she said in a letter to The Times.

“Apart from the abolition of factory farmed chicken and pigs there is no evidence that any production would drop by the 55% that is claimed.”