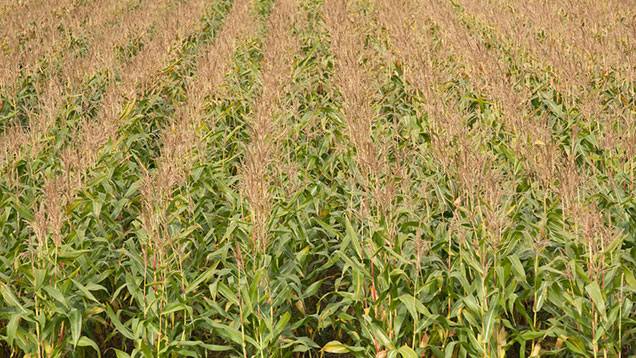 Maize growers are being warned about the risk of a key herbicide active affecting the following crop, when applying digestate to land.

Peter Waite of Dow AgroSciences says early weed removal is essential to achieve yield and quality in the maize crop and crops are generally sprayed two or three times with a herbicide pre- and early post-emergence.

One key herbicide in that programme is Dow Shield 400, which offers useful control of highly competitive weeds such as sow-thistle, mayweeds, groundsel and corn marigold.

“It is better to be safe than sorry and follow the advice on the label.”
Peter Waite, Dow AgroSciences

Mr Waite warns that growers need to be aware that when using Dow Shield 400 or any other product containing its active clopyralid, that it takes six months for the chemical to breakdown.

Digestate derived from maize crops treated with the herbicide should not be spread on to bare land where susceptible crops are to due be grown.

Susceptible crops include beans or peas and a crop safety issue could arise, depending on how much treated maize went into the digester and how much time has elapsed between spreading and planting of the following crop.

If the digestate is spread on to land destined for grass, cereals, oilseed rape or maize, there are no concerns.

“It is better to be safe than sorry and follow the advice on the label,” says Mr Waite.