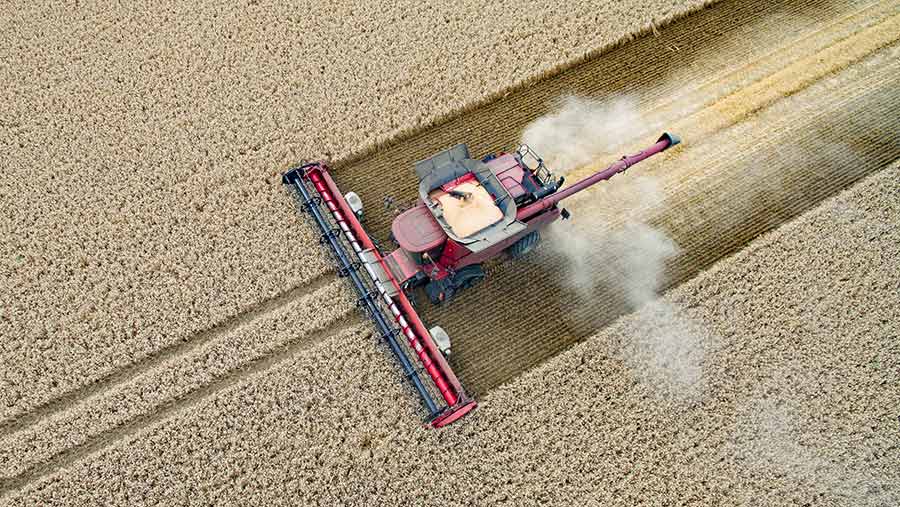 Any reductions in support payments arising from Brexit can be covered on most UK arable farms by improved crop performance, results from ProCam’s 4Cast service suggest.

The higher wheat yields of 10.4t/ha achieved by the top 25% performers in the company’s farm results database are 2.1t/ha above the Defra average wheat yield figure of 8.3t/ha, making them worth an additional £315/ha at current grain prices.

That means being in the top quartile allows you to more than recoup the current support payment of £218/ha, says ProCam’s managing director John Bianchi, who adds that there is a bit of headroom for growers who are at the top of their game.

“It is do-able and there is hope beyond Brexit,” he points out. “If you want to be less dependent on support, or know that you can survive without payments, it’s all about raising yields and maximising on-farm performance.”

The main factor that differentiates the top performers from the rest is attention to detail, rather than much lower variable costs or vastly different farming systems, he reveals.

“That attention to detail occurs at an individual field level and is applied to every decision that has to be made,” he adds. “It’s about better timing and top management.”

“First wheats were the most profitable, but winter oilseed rape was right up there and challenging for the top spot,” reports head of crop production, Nick Myers.

“In fact, when first and second wheats were put together, oilseed rape was more profitable than wheat.

“So despite some growers losing faith with the oilseed rape crop, it is more than holding its own on other farms.”

A closer look at the impact of the previous crop on performance showed that rapeseed yields were lower after spring barley – useful information for planning profitable rotations, Mr Myers points out.

“We’ve seen a rise in spring barley as a means of dealing with blackgrass, so rather than replace it, growers should be adapting their oilseed rape agronomy accordingly,” he says.

One reason for the reduced yields could be lower levels of residual nutrients than after winter wheat, he suggests, as could the slightly later drilling date of an oilseed rape crop following spring barley.

“It may be worth looking at the use of a biostimulant or supplementing nutrients in the oilseed rape crop,” he says.

In the same way, delayed drilling of winter wheat – another way of dealing with blackgrass – need not mean lower yields.

“Average drilling date has shifted by 10 days, from 2 October to 12 October, in the last six years, but yields haven’t fallen on our 4Cast farms. It seems that any yield penalty from later drilling is less than that of blackgrass infestations.”

In fact, the top 25% had a peak drilling date of after mid-October, while the majority of growers opted for early October.

“Later drilling does require more planning and management – from preparing the right seedbed to choosing the best variety and selecting the most appropriate seed rate. Again, attention to detail is key to success.”

AHDB has launched a new online calculator that allows farmers to see for the first time how they may be affected by potential Brexit scenarios.

The Brexit Impact Calculator allows farmers to input their own data and see what effects the three different Brexit scenarios might have on their business.

ProCam’s 4Cast is a crop database that gathers information from around 30,000ha every year, looking at yield, inputs, cultivations, drilling dates and profitability.

It is a free of charge, confidential and voluntary service. It holds over 500,000ha of data collected from real farms over multiple seasons and can be used to analyse trends, inform decisions and benchmark top performing farms.

Started in 1994 – long before the concept of Big Data was formed – the original idea was to formalise collective agronomist experiences into a usable format.

Today, it has become a tool for improving performance, helping with decision-making and highlighting real farm results.