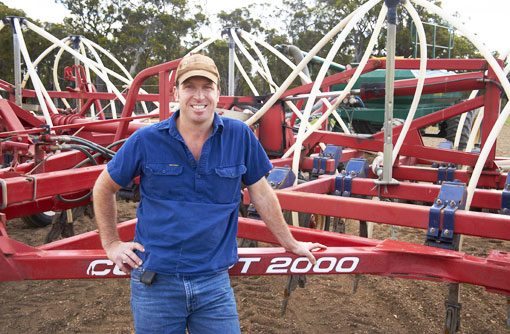 It’s all about oilseed rape this year; prices are nearly three times that of wheat and there’s going to be a lot grown this year in Western Australia.

The most complex problem is deciding which type to grow. There are five available: conventional, triazine tolerant, imidazolinone tolerant and the GM variety known as Roundup Ready. All of these also have hybrid and open pollinated varieties.

In our environment, choosing the right variety is all about risk management with two variables – rainfall and weeds. As there is little we can do about the rain, the choice really comes down to weed control. Over the last 20 years, the emergence of chemical resistance in weeds has driven the need for such a varied range of rape. Most rotate the types to manage this resistance risk.

The most recent type is the Roundup Ready rape. We have been growing it for the past two years and have been very pleased with both the weed control and the yield. The past season it accounted for both the highest yield and lowest weed burden. But as with all good things, there is a catch – you get paid $40/t less (£25).

They say it’s because the EU pays a premium for non-GM, the EU will pay even more if it has an International Sustainable and Carbon Certificate (ISCC). It’s contradictory as 90% of the conventional oilseed rape grown in Western Australia is triazine tolerant, a chemical banned in the EU.