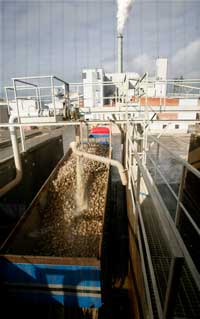 The owner of British Sugar, Associated British Foods, has today (3 November) announced it increased pre-tax profits to £655 million in the last financial year.

Better returns from its sugar business on the back of an excellent beet crop last season and record sugar production of 1.19m tonnes was a key factor in the strong performance for the year-ended 12 September.

Overall, ABF group revenue was up 12% to £9.3bn and adjusted operating profit up 8% to £720m. With more than half of the group’s revenue and profit arising from outside the UK, the weakness of sterling had a favourable effect on the results.

Sugar revenue and profit increased by 24% this year, with a “sharp recovery in profit at British Sugar UK, reversing the trend of declines in recent years”.

“Our European sugar operations have emerged from regime reform and profit is returning to more acceptable levels,” ABF chairman Charles Sinclair said in a statement.

The strong results came a month after British Sugar and the NFU finally hammered out an agreement on the 2010 beet contract that effectively meant the price paid to growers would remain unchanged next season.

Overall, AB Agri revenue was up around £140m to £1bn, while adjusted operating profit totalled £34m.