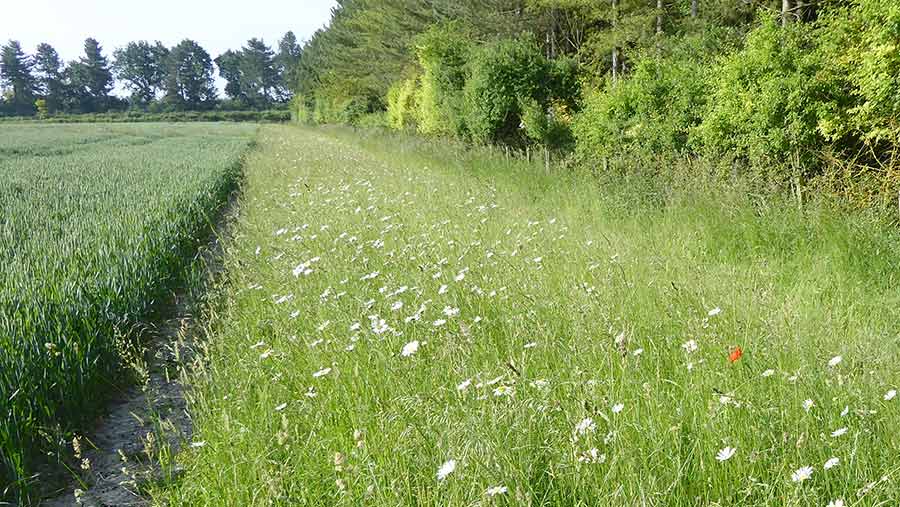 Farming is coming under greater pressure to halt the decline in wildlife. A major government project hopes to provide some of the answers in coming years, by balancing greater diversity with profitable arable production.

This work could also steer future policy, as the proposed Agriculture Bill has a greater focus on rewarding farmers carrying out environmental measures.

With the help of an 18-strong network of farms, the Assist project aims to look at how good soil health, natural pest control and pollination services can be enhanced; as well as how they can work within profitable arable farming systems to achieve sustainable intensification.

The work is being carried out by the Centre of Ecology and Hydrology (CEH), Rothamsted Research and the British Geological Survey, with the first meaningful results expected in 2020.

Aims of the multi-farm experiment

A key part of the study is testing and measuring different ways of supporting beneficial insect numbers and the work has become known for its visually striking “stripy” fields.

In this, flowering field margins and in-field strips are being assessed for their contribution to species abundance and diversity, as well as their role in getting beneficial insects into the middle of fields –something they often fail to do in increasingly large arable fields.

The growers involved have provided three fields; one is left as normal farm practice, while the other two focus on out-of-crop and in-crop measures that support natural processes.

Working very closely with the farmers involved is important, explains Richard Pywell of the CEH, who points out that the habitats and management practices must be practical, robust, reliable and cost-effective to appeal to those who will be adopting them.

“These habitats have to increase insect populations, not just provide a ‘honey pot’ in isolated locations,” he explains. “It’s really important that any increases happen on a landscape scale.” 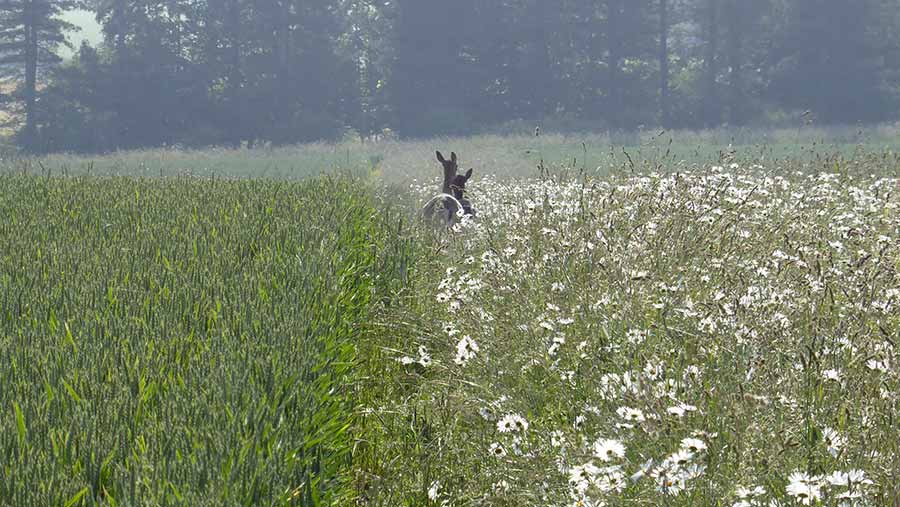 For this to occur, one of the crucial aspects is getting a spill-over of beneficial insects from strips and margins into crops, he continues.

“Previous work has shown that many of these insects do not move large distances from their habitats into crops. Predatory insects, like ground beetles, can become much less abundant after 50m into a crop.

“In a big field, pollinators and predators don’t tend to be found in the middle, so their benefit is lost.”

Having flowering strips going right through the fields, at 100m spacings, could overcome this limitation, he suggests.

“At the right distance from each other, these strips could have a real value. Of course, they must be managed accordingly, which is why we are testing them in a practical farm setting.”

“We won’t be dictating to farmers; we are hoping to provide the evidence as to which options are viable and how they should be introduced to maximise their chances of success.”

The need for sustainable systems

The Assist project is taking place against a background of mounting pressure on the farming industry to halt wildlife decline and insect loss, as well as deliver “public goods”.

Previous evidence from the Hillesden Farm platform that the right habitats can provide pollination and pest control services – through higher beneficial insect numbers – to bring both yield and environmental benefits, forms the basis for much of the on-farm work.

Habitat creation and placement, such as sown in-field strips of wild flowers and the use of targeted plant species, are being implemented with measures that improve soil health, including the addition of organic matter, such as manure or green compost, as well as the use of cover crops.

The project is also hoping to model what long-term management changes will mean for future years, reveals the research team, who also hope to introduce greater resilience. 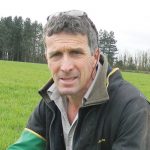 Farm manager Julian Gold has been impressed by the in-field flowering strips that he is trialling as part of the Assist project and would be happy to include them across the 750ha farm.

Providing habitats for beneficial insects makes perfect sense on a high-performing farm, he believes, especially as the insecticide options are dwindling, both in terms of number and efficacy.

“The products that we have got left to use are affected badly by resistance. We need to be able to use biological control.”

He stresses that putting the right habitats in place for beneficials is only part of the picture.

“It’s all very well deciding to put them in, but you then have to manage them. Once you’ve enticed the beneficial insects in, you need to keep them and see their numbers build to get any reward.”

For this reason, he takes great care with the sprayer and fertiliser spreader at the Hendred Farm Partnership, using a “curtain” on the end of the sprayer to prevent spray drift getting into the strips.

He also takes steps to ensure that fertiliser doesn’t stray.

An unexpected benefit of the strips is that the high numbers of deer that he has on the estate seem to prefer them, so crop damage from deer feeding has reduced.

“The deer are always in the strips and not in the crop.” 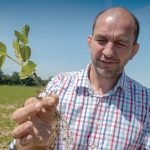 West Sussex grower and AHDB Monitor Farmer Mark Chandler is keen to minimise the use of insecticides across the 1,230ha he farms in partnership with his father near Petworth.

For him, maximising beneficial insect numbers is a no-brainer and his involvement in Assist means that independent monitoring will show him the rate at which predator numbers are increasing, and by how much.

“If there is a better way of pest control, we want to know about it,” he says. “I was struck by the fact that many insect predators don’t travel any further into the field from the margins than 50m – that leaves much of the crop untouched.”

Still in his first year of the project, Mr Chandler will be drilling his in-field strips of wild flowers later this spring, when conditions are right.

He recognises that there will be extra work initially in cutting and removing the clippings to get the strips to establish, but believes it’s worth doing.

“Our chemical options are limited and losing their fire. The researchers have understood that we are running a commercial farm, so the strips have been placed where we can farm around them – those practical aspects are very important.”

As well as strategically placed flowering strips and margins, he will have to include two cover crops and apply organic manure in the five-year rotation, according to the project requirements.

Through the National Honey Monitoring Scheme, the Assist project has developed a national network of amateur beekeepers to help understand how well honeybees are doing in the UK.

As a result, DNA approaches will be used to understand what the bees feed on and how any changes in the farmed landscape are affecting their population strength.

The reasons for this are that bees forage over large distances, explains CEH researcher Ben Woodcock, so are bringing back valuable information with them every time they return to the hive.

“Bees are very sensitive to environmental changes, so by looking at the health of the hive and the amount of honey being produced, we can learn more about any pressures they come under.”

Long-term, large-scale monitoring is important, he adds. “We will be able to see national patterns as well as any regional differences.”