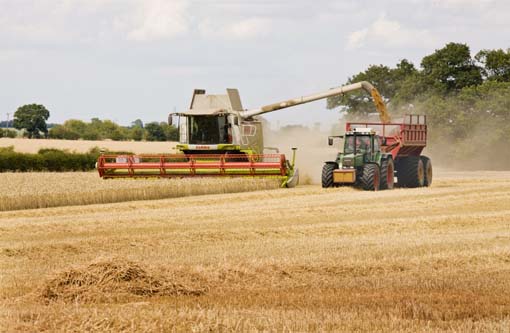 Knowing where a particular trait can be found in the complex genetic make-up of a wheat plant is now a reality for plant breeding companies.

Thanks to the use of markers, all the traits have been listed and plotted on the relevant chromosome number and set of genes, giving a “map” of the main traits that are of interest and an understanding of which genes need to be present in order for them to be expressed.

At Cereals, a visual demonstration on the Velcourt stand will attempt to explain the use of this development in practice, reveals the company’s technical director Keith Norman, who adds that three candidate varieties from RAGT will be used to show which markers have been involved in their production.

“There will be flags placed in different positions, on rows of plants representing the seven chromosomes and the three genomes of wheat, with links between them to show how they interact,” he says.

“This will demonstrate, on each chromosome number and set of genes, all the known markers for traits that companies are working with.”

Main traits include grain quality, yield and resistance to pests and diseases, he continues, as well as others such as leaf waxiness, pre-harvest sprouting and grain colour.

“There are many more traits that breeders are interested in than the ones we have listed for the purposes of the demonstration,” he acknowledges. “But having three of RAGT’s latest varieties, Cougar, Chronicle and QI, should help to illustrate how marker technology is being used and its role in future efforts.”

Wheat breeder Celia Bequain of RAGT Seeds points out that the expression of most traits requires a combination of genes, some of which can be difficult and time-consuming to work with.

A trait like viridescence (leaf wax), which has been highlighted in research projects for drought tolerance and water-use efficiency, is an example where more knowledge is required, as it is believed to have a connection with higher yields, she adds.

“We don’t know all the answers yet, but more leaf wax decreases evapotranspiration during heat stress, which would preserve yield. However, viridescent leaf colour could be linked to the crop staying greener for longer, leading to a greater grain-filling period and resulting in higher yields.”

Having a clear knowledge of which genes are present in the parents used to make a cross is very important, as it allows a progeny population to be enriched before it reaches the field, she continues.

“The use of genetic markers allows us to track and fix traits of interest, very early on in the breeding process. This enhances the genetic value of a cross population before it gets to the field, where further agronomic and yield selections take place. It’s also the way to select for gene combinations that can’t be done by eye.”

For Nick Shorter, Velcourt’s regional farm manager in the south, new wheat varieties are always of interest, especially where they bring yield and quality advances and help to sustain output.

“But consistency of performance is very important at the farm level,” he comments. “That’s why we are still growing a variety like Claire, on some of our higher farms or where we need to drill early, but have replaced it on others where it’s become outclassed.”

Typically, he will have 25% of his wheat area in an old stalwart such as Claire, with 50% in varieties which have joined the Recommended List in the last three years. “Good examples are Invicta and Scout.”

The remaining 25% will be newer choices, which have only been recommended for a year or so. “Even so, we still like to have seen it perform well, before we commit. Variety trials help in this respect, but market acceptability is another essential factor.”

Mr Shorter grows between 12 and 15 varieties across 10 farms and ranks consistency as the most important criteria. “Standing power is also important, as we have fertile soils and use quite a bit of sewage sludge.”

He puts less emphasis on disease resistance, as he believes that most of the risks can be managed effectively. “We’ve got the resources to deal with disease and the current ratings system alerts us to any weaknesses.”

Viridescent leaf colour could be linked to the crop staying greener for longer.