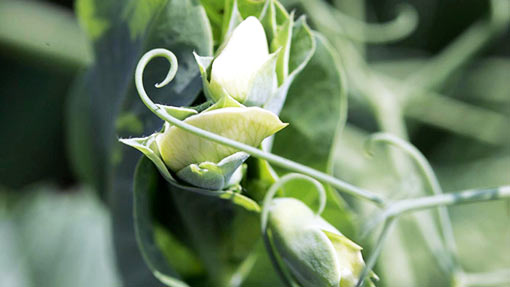 The government’s decision to allow farmers to grow pulses to meet EU greening regulations is a “win-win” situation for the environment and food production, says the head of the Processors & Growers Research Organisation (PGRO).

Green groups have criticised the government’s decision to allow farmers to grow peas and beans while receiving farm support for their crops.

Defra’s five-point plan for ecological focus areas (EFA), which includes nitrogen-fixing crops and hedgerows, was described as a “wasted opportunity” by the RSPB.

But Roger Vickers, chief executive of the PGRO, challenged such claims and said people needed to look at the wider benefits of growing pulses.

“Pea and bean crops are absolutely full of bees and insects of all description – beetles, saw flies and ladybirds,” said Mr Vickers, speaking at the Cereals Event.

“I think people have to look at the ecology as well, the soil as a biological environment, not just the pollinators in isolation.”

Other benefits of growing pulses include:

According to Defra, around 160,000ha of pulses are grown each year in the UK.

However, Mr Vickers said this figure could be set to rise following Defra’s decision to include nitrogen-fixing crops in the EFA options.

He welcomed the decision, saying it was a “really positive move for everybody – the industry, the growers and the environment”. The introduction of pulses in the rotation will help farmers address so many issues in terms of pesticides and disease control that many have chosen to ignore for a long time, he added.

“Having pulses in the rotation allows growers to maximise the effect of chemistry with the best cultural techniques.”

Mr Vickers noted that more farmers had been passing by the PGRO stand than usual this Cereals to seek advice on growing pulses.

“We have seen growers who have not grown peas and beans for 20 years returning, as well as brand new growers showing an interest,” he said.

“Let’s not forget that peas and beans are very much niche crops in the UK.”

He advised anyone thinking about growing pulses to think hard about whether they would work in their crop rotation.Also, they should consider a market for their crop and get a contract for their product, he said.

“Once farmers have decided to grow pulses, they should seek the best agronomy advice to grow the best quality crop.”For more information visit the PGRO’s website http://www.pgro.org/