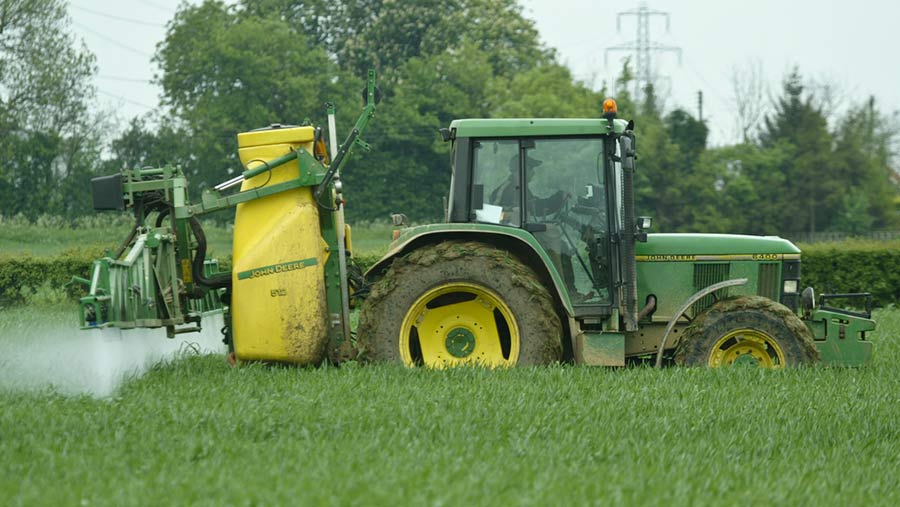 Agrochemicals and seeds company Bayer is offering hard-pressed cereal growers a new enhanced Atlantis-type herbicide for this autumn and a new SDHI fungicide product for the spring.

This is part of the group’s drive to launch seven new products over the next two to three years to help growers cope with the squeeze on profits from the fall in commodity grain prices.

The new post-emergence herbicide product is called Hamlet, and is set to give 5-10% better control of blackgrass than Atlantis by adding in diflufenican into a re-mixed Atlantis formulation.

Phillippa Overson, the group’s herbicide campaign manager, says the new product is best used when blackgrass is at the 1-3 leaf stage and can be used until the end of February.

This is one of a number of new grassweed products set to be announced over the next two years for the UK market, she adds.

The new SDHI fungicide product, called Ascra, is expected to be launched for use next spring and will add an extra SDHI from a Bayer oilseed rape product – fluopyram – to its Aviator product, which is a mix of the SDHI bixafen and the azole prothioconazole.

The new product will be the first fungicide containing two SDHIs and Nick Duncan, the group’s fungicide campaign manager, says it will give better speed and overall control of disease, especially septoria.

The product gives a yield advantage over SDHI-based market leading products, such as Aviator and Adexar, of 0.3t/ha, he says.

The group will position the new product Ascra as a T2 flag leaf product for wheat while Aviator will be positioned mainly as T1 product.

As well as the herbicide and fungicide, there are three other herbicides, a nematicide for use in potatoes and carrots due by 2018 and sugar beet varieties resistant to particular herbicides by 2019.