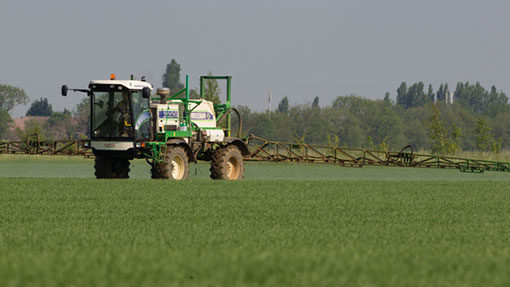 Early results from farmer-led trials investigating the effects of applying compost tea to crops has found it can boost spring barley yields by up to 50%.

Innovative Farmers, part of the Duchy Future Farming Programme, is trialling compost tea applications on two organic farms and one conventional arable unit in England, has released initial results from the field research.

One of the farms has seen yields increase 35-50% on Westminster spring barley in the first year of application testing, while all three farms have seen increases in soil fungi.

Compost tea is made by mixing dry compost with non-chlorinated water, which is aerated in a large vat to multiply the micro-organisms. It can then be applied to crops using a conventional sprayer system.

In the experiment, compost tea was sprayed on 45ha of test areas three times during a three-month period from April to June, on fields ranging from peat land to calcium-dominated soil.

How to make and use compost teas

Liz Bowles, head of farming at the Soil Association, is co-ordinating the group.

“Innovative Farmers helps farmers carry out more reliable trials at scale. By testing compost teas on different farms, with different soils, we can find out more about the effects that compost teas can have on soil microbiology.”

An estimate of the cost benefit of using compost teas suggests for the first 10% increase in yield on an organic farm, the financial benefit from use of compost teas after costs was about £18/ha.

For every further 10% boost in yield, the additional benefit was estimated to be about £70/ha. Overall increases in yield across the three trial sites ranged from 10-50%.

At all trial sites increases in active fungi, flagellates and amoebae were significant. The presence of active fungi is essential for effective nitrogen and phosphorous absorption in crops.

These micro-organisms form symbiotic relationships with plants roots in the soil, breaking down complex carbon compounds and returning nitrogen to the soil – which subsequently allows the crop to absorb more nitrogen and phosphorous.

One of the growers taking part in the trial is Sophie Alexander, farming at Hemsworth Farm near Wimbourne in Dorset.

Mrs Alexander and her farm team are committed to using and testing compost teas again this year to find out more about their effect.

“I joined the group and ran trials across 40ha of spring barley at Hemsworth and I will be continuing with the Innovative Farmers group, as although we have had amazing results this year, I’m unsure how accurate they are – it’s only our first year using compost teas,” she says.

Last year she sprayed her spring barley with compost tea in April, May and June and plans to do the same again this year, while also trialling it on spring wheat elsewhere on the farm.

“By spraying the same 40ha again we will be able to determine if there is a cumulative effect of the compost teas on the soil and our crops.”

See more research on soil improvement from the Innovative Farmers