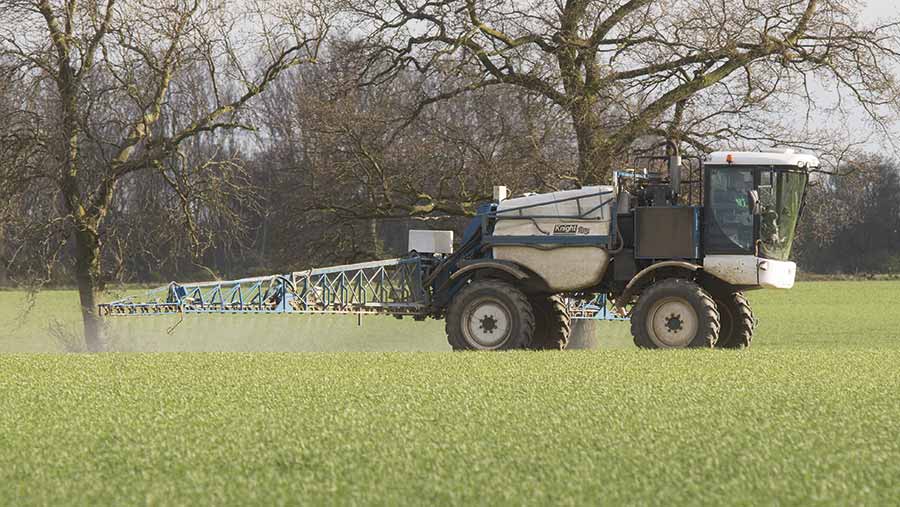 Taking a preventative approach to disease control is essential when growing wheat in a renowned septoria hotspot and this starts with a robust T0.

Yellow rust can also be a threat in the area around Holbeach farmed by Dean Bowd, on the edge of the The Wash in Lincolnshire.

Sea frets offer the perfect conditions for this yield-sapping disease to thrive. “Some years it was as if a blowtorch came through in just a few days. Talk about being a yield robber.” 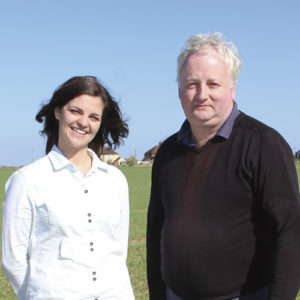 “If you know it is weaker, then you can farm towards it and manage it,” he explains.

The highly fertile fenland silt soils, which are free of resistant blackgrass, help Mr Bowd achieve wheat yields well into double digits, but they are unsuitable for growing milling wheat.

Therefore he goes for maximum yield, opting for Group 4 varieties, as well as generating premiums by growing some seed crops for Daltons Seeds.

Last season, which many experts agree was one of the worst for yellow rust, Reflection delivered a pleasing 11.3t/ha, with a specific weight of 74-76kg/hl.

“I recall walking through some fields and it being all yellow. There was just too much so early in the season and I thought the crop was going to be a disaster.”

One change for 2017 is that the new SDHI Elatus ERA (benzovindiflupyr + prothioconazole) will be used at T2 to get the septoria firepower he needs in the disease hotspot area.

He opted for a pre-T0 spray of chlorothalonil + cyproconazole + propiconazole on 22 February to clean it up, as he felt it was too long until the T0 and it could not wait. This year disease pressure is much lower, so it is not needed.

Syngenta technical crop expert Kathryn Hamlen advises that if farmers see yellow rust in the variety and it is a while before the T0, it will probably need a pre-T0 spray.

Mr Bowd is growing Reflection for the third year, attracted by its high yield potential. He feels he can manage disease in the crop with a preventative approach.

This season a pre-T0 is not needed, with little yellow rust being seen in Reflection and none in Graham.

Mrs Hamlen stresses that the T0 is critical for Reflection and advises including an azole or strobilurin – to bring in some rust activity – plus the multisite chlorothalonil.

Its 3 rating for yellow rust, on a 1-9 scale with 9 being the most resistant, means it needs rust activity.

New data from a trial carried out last season showed a 0.72t/ha response by going for an azole/chlorothalonil in the form of Cherokee (chlorothalonil + cyproconazole + propiconazole) at T0. This response was specific to this variety.

Mr Bowd plans Cherokee for T0, adding in some extra chlorothalonil for Reflection compared with Graham.

The rest of the programme is the same for both varieties, resulting in a £20/ha difference in the fungicide cost.

However, for other farmers, Mrs Hamlen says there is scope to save a little on fungicide spend for more resistant varieties such as Graham.

“You can go with a 70% rate of Elatus ERA in lower-pressure years at T1, but for Reflection, you need to keep rates high.”

However, she warns that farmers may lose out on some of the greening benefits, as every extra day you retain the green area equates to 0.15t/ha extra yield. So a week extra means a 0.9t/ha yield boost.

Variety resistance also offers Mr Bowd extra flexibility on spray timings. The extra two to three days that a resistant variety such as Graham offers mean he can prioritise Reflection.

Finally, later drilling also helps him to reduce disease risk. However, this delay is largely governed by the potato harvest. Wheat drilling started on 30 October, once the potatoes were lifted.