More than 30 groups of farmers are carrying out their own research in the Innovative Farmers initiative, on topics ranging from electrical weeding to improving soil health. Richard Allison picks out three. 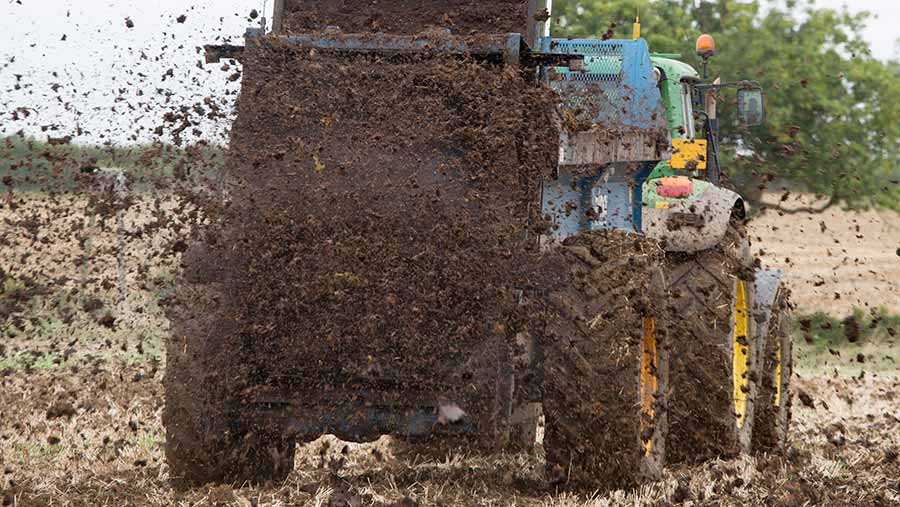 Early results show that leaf phosphate concentrations in ryegrass are 20% higher in crops treated with co-composted rock phosphate and manure.

Soil phosphate is an important issue for many organic farmers, as they are unable to apply triple superphosphate or biosolids and straw is removed for use as livestock bedding.

Adrian Hares, who farms 130ha of heavy soils near Highworth in Wiltshire, has even experienced a couple of crop failures because of insufficient available soil phosphate.

He turned to Innovative Farmers, as he was looking to improve crop performance on his mixed arable and beef farm. Existing research did not provide any answers, as studies tend to take place on less-challenging soils.

“You don’t get heavy soils – the heaviest you may see in published trials is a medium loam,” he says.

“Therefore, a lot of research is not in the real world of farming.”

This project group includes researcher John Hammond, from the University of Reading.

Dr Hammond explains that heavy soils have many sites to hold nutrients.

“The thinking is that when applying co-composted rock phosphate, it is being chelated rather than being locked up by the soil, so more of it is available to crops,” he explains.

Early results show a lift in leaf phosphate and the project is continuing for two more seasons. 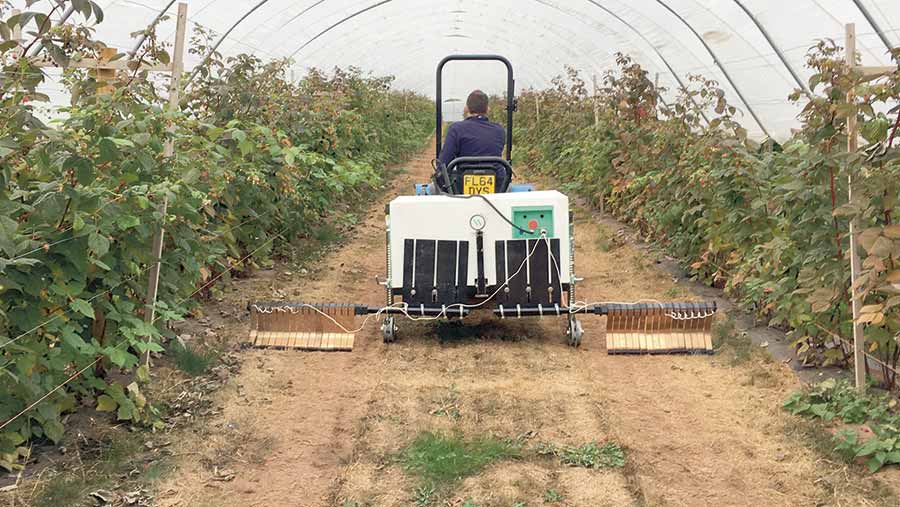 Electricity could offer a non-chemical alternative for weed control, which could prove valuable for organic as well as conventional growers looking to reduce chemicals use.

This approach has been tried in the past as a non-chemical means of controlling creeping thistle in arable fields, says Liz Bowles, head of farming at the Soil Association.

A trial in the 1980s evaluating several different non-chemical approaches suggested that there was potential for electrical weeding in row crops.

However, she says, it was discarded as a concept, because chemicals proved much cheaper at that time.

Electrical weeding is being looked at again in an Innovative Farmers project testing the efficacy of a prototype machine in cane fruit.

Jerry Alford, arable and soil adviser at Innovative Farmers, explains that they are looking to replace the 0.5m herbicide strip between rows.

The initial phase is to prove that it can kill weeds. “We are looking at a range of treatments and speeds as well as addressing questions such as how often you would need to treat?

While the project is starting in cane fruit, he believes it could eventually be used for other fruit and row-cropping systems.

The Innovative Farmers project is the practical element of a wider European-funded Horizon 2020 project that is developing the technology. 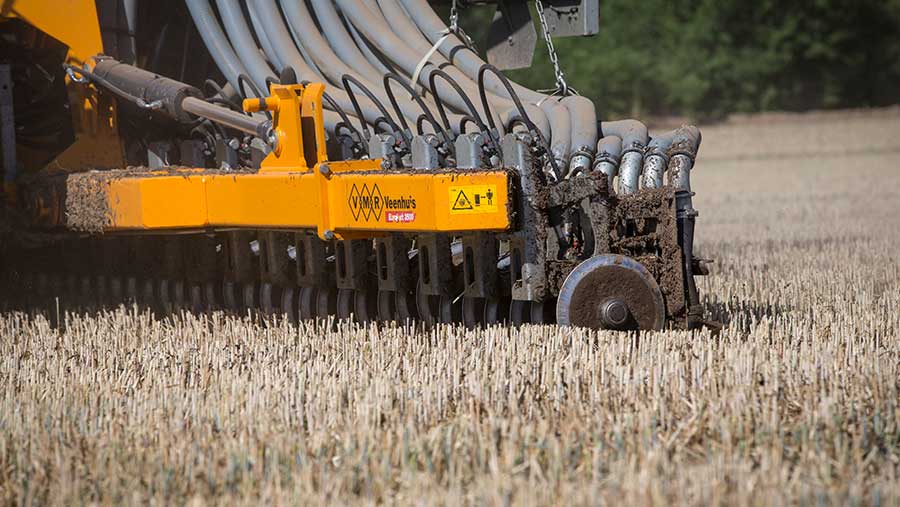 Patrick Allpress, one of the farmers involved in the trial, explains that he hopes to use digestate like a regular fertiliser, replacing inorganic fertilisers.

However, there are questions such as whether it is possible to combine autumn applications with cover crops, and whether nitrogen in the digestate can be stablised, so that it is not lost by leaching.

“You don’t want nutrients to shoot straight through the soil and out the bottom,” says Lydia Smith, head of Niab Innovation Farm and the Eastern Agri-Tech Innovation Hub.

One way to slow down this movement of nutrients is by growing a cover crop.

Six farmers are trialling a cover crop mix of buckwheat, fodder radish, vetch and black oats which has a range of rooting characteristics. Digestate was applied in the autumn, after the cover crops had established.

Although the project has been running only since last autumn, Dr Smith says initial soil sampling results are promising.

At 90cm depth, there was 25kg/ha of available nitrogen with digestate alone. However, it was much lower (2kg/ha) when combined with a cover crop.

This suggests the cover crop successfully accumulated nitrogen. The trial will look at how it benefits crop yield this harvest.

These farmers and experts were speaking at the recent Innovative Farmers Network Day held at Sheepdrove Farm, Berkshire

Innovative Farmers is part of the Duchy Future Farming Programme, funded by the Prince of Wales’s Charitable Foundation.

The network is backed by a team from Innovation for Agriculture, Leaf (Linking Environment and Farming), the Organic Research Centre and the Soil Association.

Farmers who are willing to collaborate on a trial of their own design could net up to £10,000 in funding to help cover the costs involved and gain the assistance of a researcher.

The Innovative Farmer scheme is looking for more applicants to join its network of Field Labs.

Even though the scheme has connections with the Soil Association, applications are welcome from both non-organic and organic groups, and from arable, livestock, and horticultural farmers.

The scheme has so far distributed £175,000, with the money coming from the support of the Prince of Wales Charitable Foundation. It is distributing money raised from sales of the Duchy Originals brand, an organic range of products that is marketed through Waitrose.

Once a group has been found, it is matched by the programme with a researcher, and the idea for the trial is refined.

Cash is available to cover trial costs such as equipment, seeds or soil testing. Find out more at www.innovativefarmers.org